How the Plan to Sail Away Began


In January 2007 I was in my last semester of college and beginning to panic what to do with my life. I loved being in school; I loved learning new things everyday; I loved deadlines. But despite having held 2-3 part time jobs at a time throughout my schooling, I felt overwhelmed with ignorance when it came to understanding the real world or the jobs in it. And I was starting to doubt a theater degree was going to mean much of anything, especially in AR. "Just go to college, it doesn't matter what your degree is in."  If you're a child of the 90s you've heard that right? Well I was realizing it was too often repeated b*llsh*t...
In February I got an unexpected e-mail. The boy I dated in high-school, whom I hadn't seen or talked to in 8 years, had messaged me. I had no idea of his whereabouts and was surprised by the message.  Really surprised. He said that he had joined the army back in 2000, was returning from a deployment to Afghanistan, coming home to see his parents, and wanted to see me. Not just wanted to visit me, actually. He also wanted to take me to Europe. Being back after a year long deployment, he wanted to take a trip.  And he didn't want to go alone.  And apparently he didn't have anyone current in his life to go with. To the point that he tracked down a very old, very ex-girlfriend.


When I got over the shock of the offer, I protested that I had no money, no passport and could not afford to even eat out everyday. He said it didn't matter and that he was going regardless, but that he would enjoy the trip much more if he could share it with someone. He had no expectation that I would be able to afford a trip last minute, and was just asking me to come along. I had a really hard time with this. I have never been good at accepting gifts or help, especially when it involved money.

This time though, I had something I'd never had before, time. I was between jobs and taking correspondence classes. If I had a job I would have had to quit to take the trip. It would feel impossible and irresponsible. But right then I could disappear for a week and no one would know the difference. The timing could not have been more perfect. This is a fact that made me nervous. How could this be? Once I had fought the good fortune long and hard, he convinced me and I was free to feel what anyone should feel when they win a free trip. Ecstatic. I had always wanted to go to Europe, more than anything. Travel is the only thing that made me dream, the only thing I really wanted to experience. He knew that. He remembered that.


So we rushed to the post office to get an expedited passport, he was only on leave for 30 days! We had to wait two weeks for it to arrive in the mail. Because we didn't know the date and time of it's arrival for certain, we couldn't book tickets in advance. The day it was supposed to arrive, I packed my bags and waited by the door for the postman.  Sure enough, at 11:00 the postman rang, I signed for my passport, and we drove an hour to the airport.


Amsterdam. We were going to Amsterdam. I was going to Amsterdam. I was in a fog.  It all felt like a dream. I was about to take a transoceanic flight. I could not think of anything more incredible than being suspended in the air above the clouds watching the planet pass below.   The first coastline we saw was England. I cried when I saw it from the airplane window. The coastline looked just like the map on the little screen on the back of the seat.  It did exist.  England wasn't a conspiracy of cartographers, historians, or propagandists.  England was real.  Tangible. Prior to the flight of course I believed in England.  The evidence to support it's existence was so sufficient i'd even have bet my life that it wasn't merely a work of fantasy or fiction.  But no matter how strongly you believe something exists, no matter how many people believe it with you, it still remains just a belief, and not knowledge, until you've personally experienced it.  I unexpectedly teared up the moment I knew England existed.

Amsterdam existed too.  AJ had rented a little apartment in the Jordaan district for the week. We arrived in the late morning so decided to tough it out and stay up until evening. We dropped our bags and started walking.  We walked all over the city; up and down the canals. It was a sensory overload of shapes, patterns, foreign systems and mechanisms. I was awake. I was experiencing every micro-moment of the present. This was a first for me. The present is an exhilarating, fantastical and therapeutic place to be.

But this is not a story about beautiful wonderful Amsterdam. It's the story of sailing.  It was in Amsterdam that the journey to a sailboat began.  For myself that is. Over the first few days together it became evident that there was something more between us that may have to be pursued beyond that trip. It was unspoken for the most part. The present was too blissful a place to disturb. It offered invaluable rest and healing for both of us.  We did not want to talk about back there, because we were here. In Amsterdam. How exciting. Not a moment could be missed or wasted dwelling on what might be at some other time in some other place.  We are here now.  It is amazing how time can become nearly infinite when you are engaged solely with the present.


But one day he briefly broke the spell and asked me, “Would you be willing to live on a sail boat and sail around the world?” I was a bit stunned by the question. What a fantastical thing to ask. Immediately I was hit by the emotions my father’s model ships had inspired in my as a child. Romance, adventure, fantastic voyages into the unknown on small life support vessels, much like a spaceship. I had always been entranced by model ships, and anchors, and all things nautical. They triggered my imagination and for a few moments I felt the wind whip and the deck creak and was overcome by excitement and elation. “You can do that!?” I responded. “Yes." He said. “Yes!” I said, “Yes, yes yes!”  "Are you being serious?” I was immediately serious.  Before I got any more excited I needed to know just how possible it was and just how serious he was about accomplishing it.  Because if he wasn't dead serious my heart was about to be broken.  First a tear for England, now desire and ambition? The despair was fading.  He was serious.  He told me that he had determined that he had to sail, and he wouldn't pursue a relationship with anyone not interested in living on a boat, and nomadically roaming. 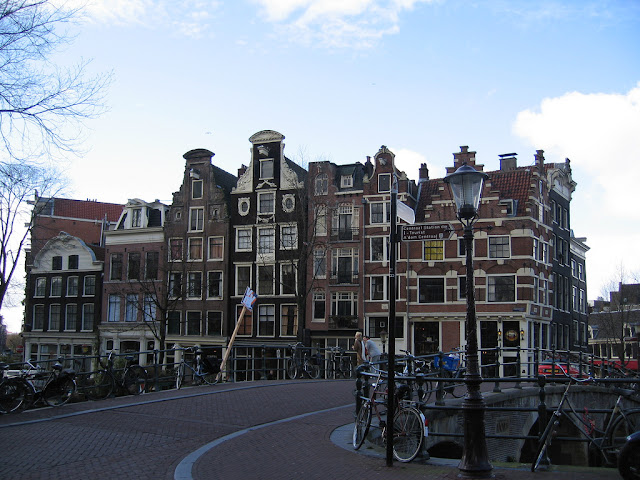 Our fates were sealed. We still were not going to disturb the present with discussing logistics of post vacation life, but we were going to sail around the world. That was decided. We boarded our plane still not knowing what we were going to do about living in different States, but we now had tattoo’s that would feel pretty silly if we didn't get together somehow.

In that week my whole world changed. It broadened and became so new and full of possibility that I felt like I was waking up as someone else. My life took on a course and a purpose from that moment. I found joy, or at least identified where joy comes from, and once I discovered that, I set a course to pursue it relentlessly. I was going to sail around the world. I could barely believe it. I still barely knew what it meant. But I was committed to pursuing that goal with no exceptions or excuses. There was no other option.
Posted by Sarah Lea at 10:46 AM