After three days of intense sailing in storms we were safely anchored in North Andros, well almost safely.  We arrived in the harbor a little after 7pm after hitting a light squall on our way from Chub Cay. Those winds caught back up with us in Andros and we spent the first night bouncing and slipping on one anchor. The next morning when the rain had cleared, AJ rigged a second anchor and dove on both to find sand pockets between the rocks deep enough to bury them in. And just in time too, as we were soon stuck on the boat for a couple more days of  wave riding.

Shore was a welcome sight when the weather finally cleared.

We were anchored in a little fishing harbor a few miles north of the nearest settlement, Nicholls Town, population 645. 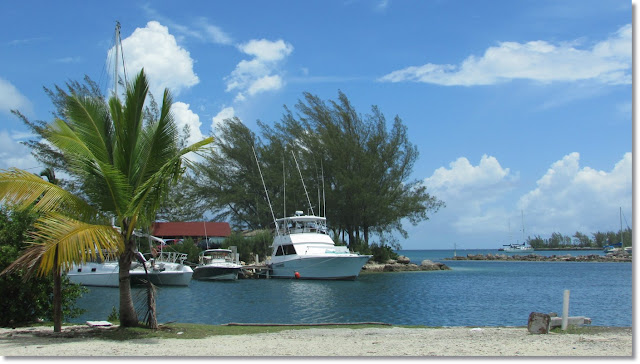 The only business within proximity was the Water Loop, a bar/restaurant frequented by the fishermen. 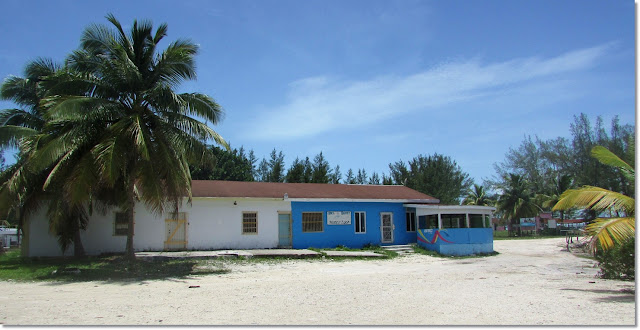 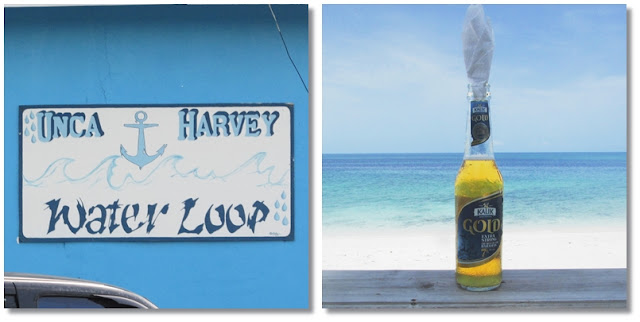 Across from the Water Loop are pavilions overlooking the beach.

We were planning to be on our way as soon as possible, but after the intensity of the storms we had just survived we were a bit skittish and the radar readings just weren't inducing confidence. There weren't storm fronts on the radar, but rather storm cells would just pop up and disappear at random spots all over the map.  Essentially what we had been experiencing in the days prior. We set out on a clear flat day with nothing on the radar or weather predictions then BAM! A wall of 65+ knot wind and crazy water. Then BAM! it's gone. Welcome to the Bermuda triangle.  With the radar littered with squalls day after day we spent a fair amount of time kickin' it with the fishermen at the Water Loop, or sitting under a pavilion watching seagulls harass a pelican. 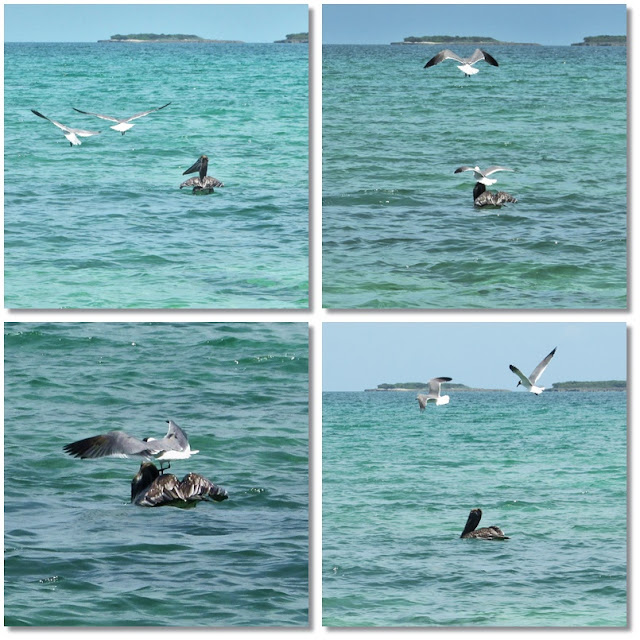 The first time we went ashore we were told to ask for a man named Sully if we needed anything. The nearest grocery or anything store was a couple miles away from the harbor, so I'm assuming stranded sailors often need a ride. Sully, short for Solomon, was an exuberant middle aged fisherman with a big smile and bigger laugh.  He and his crew of jolly fishermen were usually at the Water Loop if they weren't out fishing. The oldest among them (eighty-something) went by "Hard-Ass", made a mean conch salad, and would got to sea fishing, alone, for a week at a time, on his 18 foot homebuilt boat.  They could all dance a pretty mean jig too, or rather, a Bahamian Quadrille.

One evening on the Water Loop porch I was swatting at mosquitoes and Sully said to me, "Mosquitoes are nature, if you want nature, you can't just have some of it. They feed the frogs and fish and lizards and birds. If you want the beauty Andros has, you got to have them too." True words from Solomon the wise. Still, I was starting to look like I had chicken pox.

After about a week hanging out on the waterfront waiting on weather we were growing a bit restless. The oppressive heat and humidity of mid-summer was kicking in and altercations with horseflies resulting in long term hand to hand combat was getting more frequent. We decided to see if we could find a car to rent and drive around the island for a day. See some new sites, get a little wind in our faces... win a battle against a bug... by smashing them with my windshield..muha hahaha. (Sorry Sully.)  A little General Store of sorts a couple miles away had a single rental car.  It was a cute little early 2000's Hyundai, that came with a highly effective "Keep Left" sticker facing inward on the windshield.  There's no better place to learn to drive on the "wrong" side of the road than  low-traffic, rural sprawl. 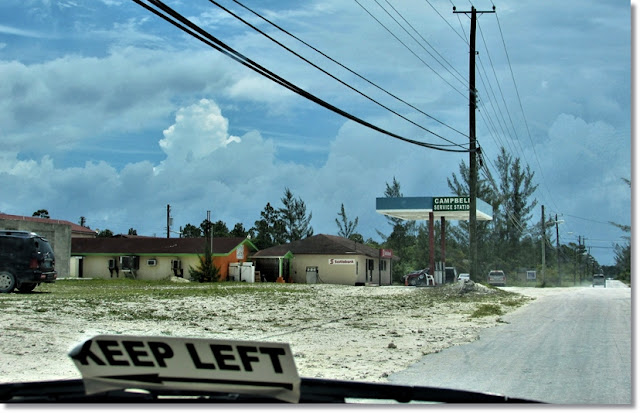 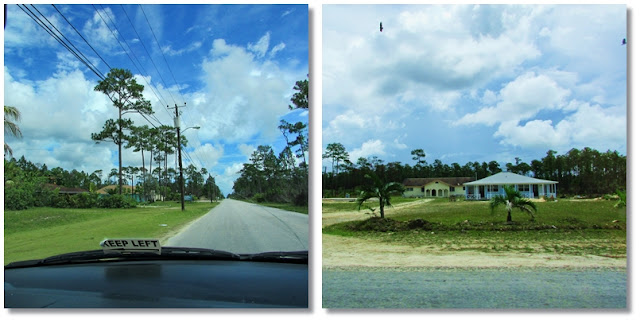 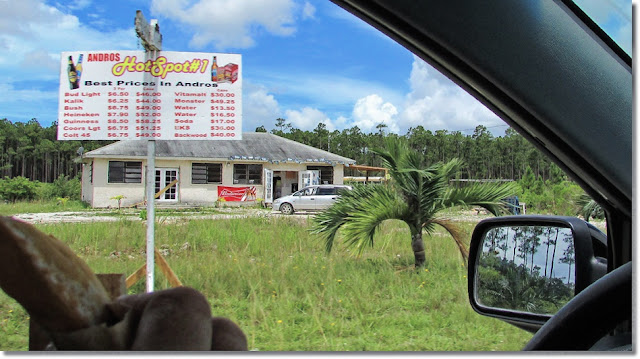 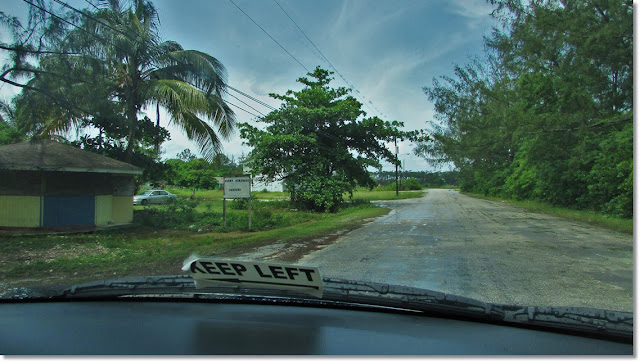 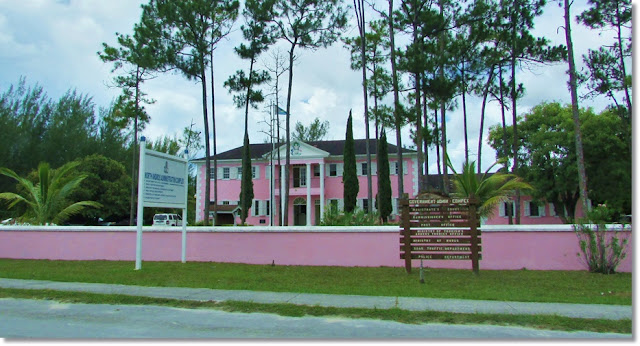 While we were out, we saw a peculiar hotel advertisement hung on a chain length fence. 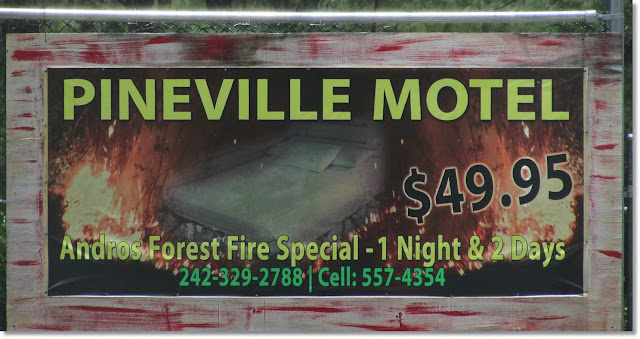 We were having a nice time out of the harbor, so we decided to call the number and maybe spend our first night off the boat in four months. What sort of motel lies in middle-of-nowhere Andros anyway? I wanted to find out.
Posted by Sarah Lea at 12:06 PM