While driving around North Andros we saw an advertisement for the Pineville Motel and decided to check it out.  From the outside there's nothing to indicate the colorful oasis that lies behind the fences around the property on a dusty sandy road on the outskirts of Nicholls Town. The proprietor of the hotel was exceedingly welcoming and excited to show off what they had done with the place. Before checking in he gave us a tour of the grounds.  First he took us to a room near the office that they converted into a little movie theater, that also could double as a party/event room, complete with a disco ball and a fog machine.  Next to that was a large craft room where women were making beautiful elaborate masks and costumes, as well as crafts made with sea shells and sponges. He explained that they were getting ready to host a family festival, with face-painting, food, music, dancing, and even a North Andros fashion show!  After the tour of the new activity rooms he took us into a beautiful garden oasis. 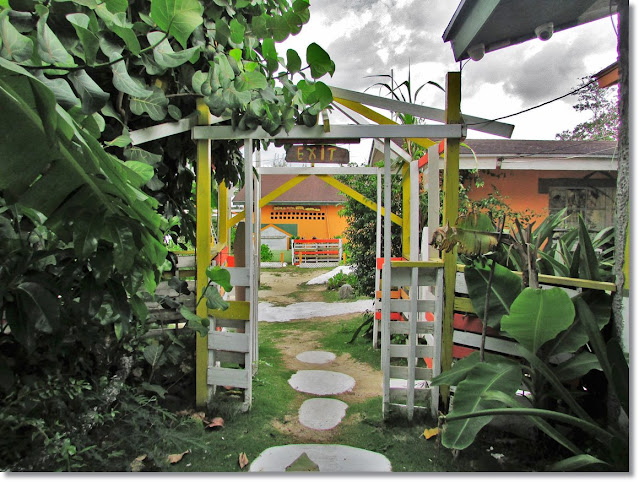 The hotel rooms are in a brightly painted concrete structure, with an AC window unit in the wall of each room.  They have basic rooms with a double bed and shower, as well as suites with kitchenettes and living rooms. The decor inside the rooms was very unique and I can't believe I didn't take a picture. But I can explain. On the edges of the room, where the wall meets the floor, seashells and other sea formations were implanted in poured concrete. It was quite beautiful and creative. 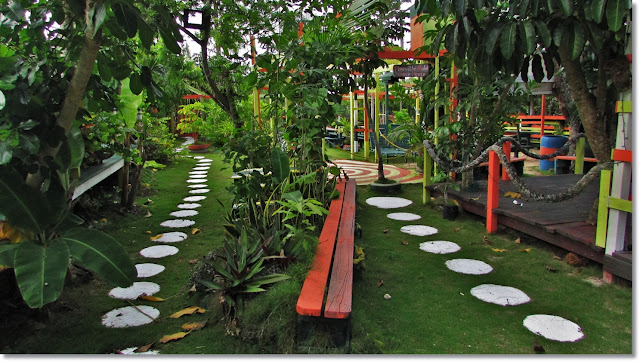 In the center was a garden with each plant species labeled. As guests of the hotel you are allowed to pick and eat anything in it! They also had a few crabs.. but I don't think you were allowed to eat those. 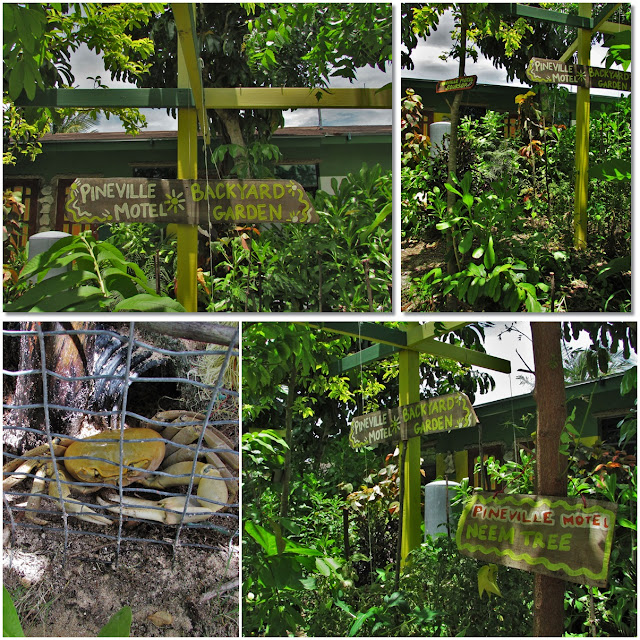 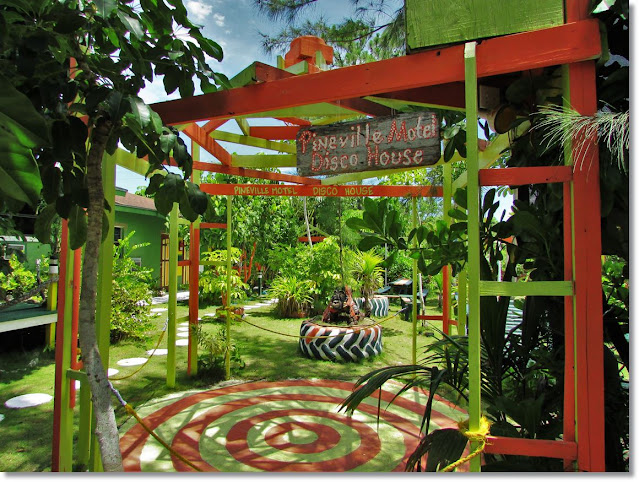 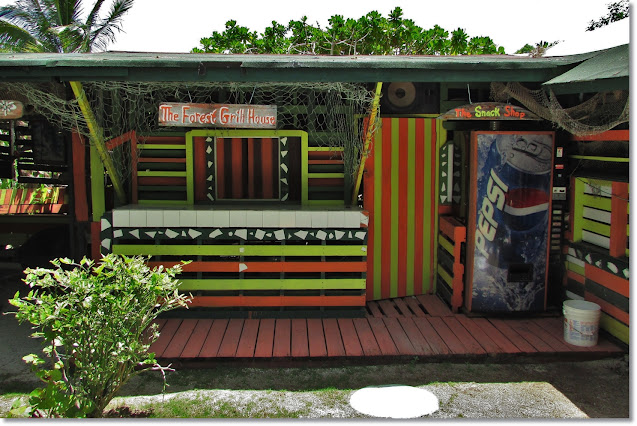 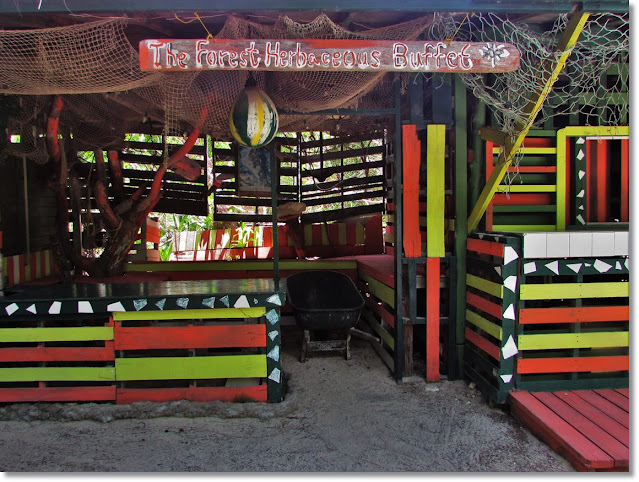 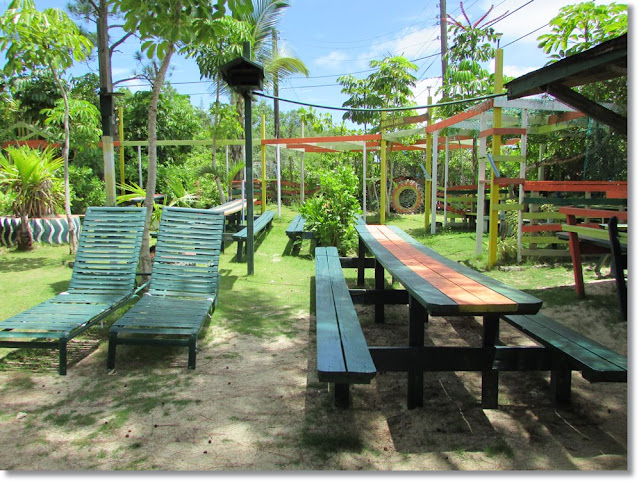 While I had only curiosity and no real expectations of what the Pineville Motel would be, I never could have expected a place as unique and fanciful as this.  Which is why I often prefer to wander, rather than google.. It's much more fun to be surprised than it is to be expectant.  After walking the grounds we took our first real shower in over four months, collapsed on the bed in the little room with air conditioning, and had our best night of sleep in weeks. 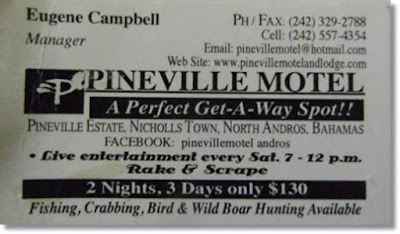