We woke up in Nixon's Harbor to windless flats reflecting the clouds. There wasn't even enough disturbance in the surface to obscure the view of the seafloor. 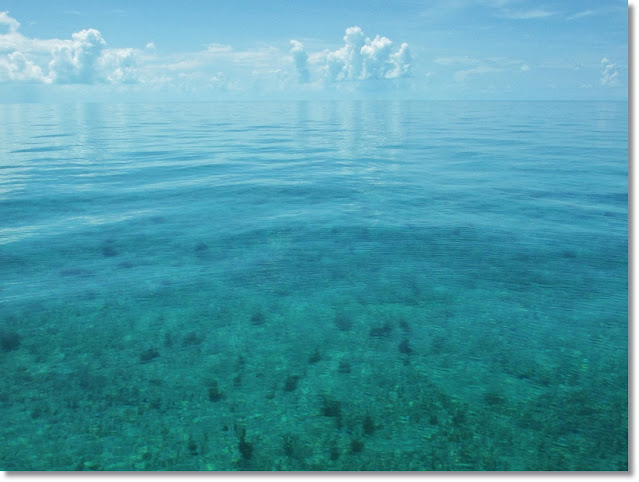 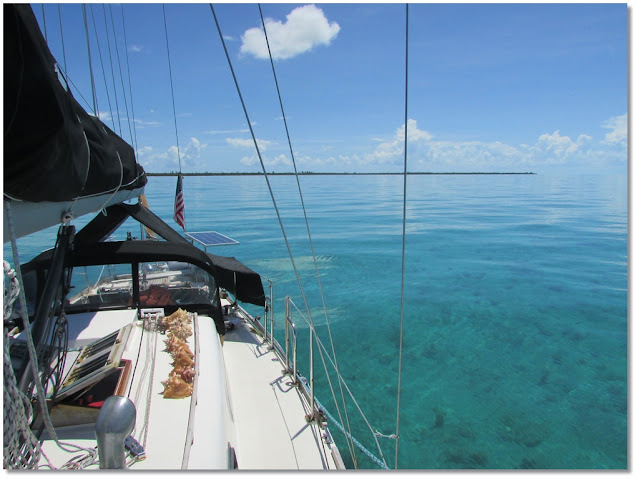 Low wind is terrible for sailing, but glorious for swimming.  By noon, the tidal current arrived generating swells that created velvety emerald luminescent swirls on the otherwise undisturbed surface of the water. 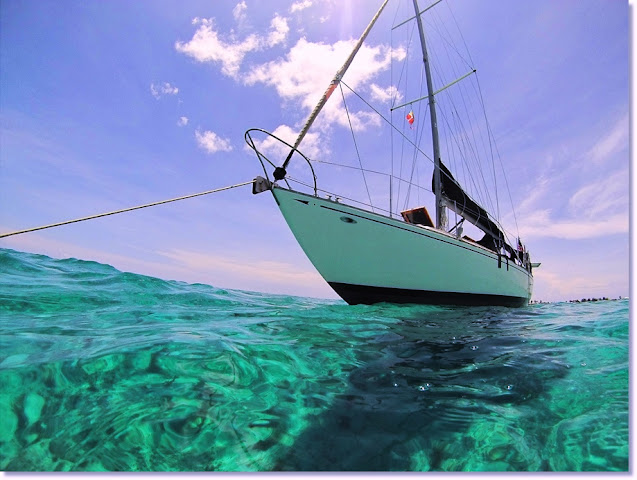 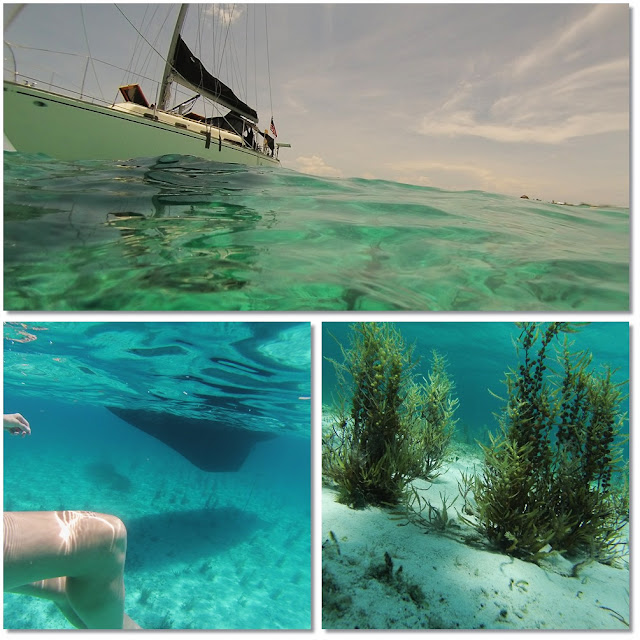 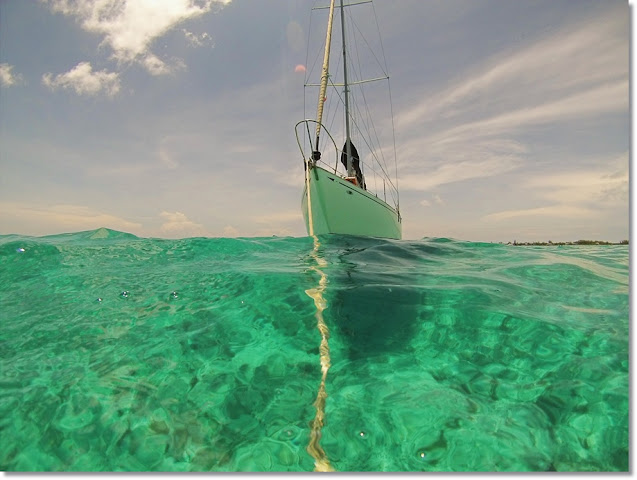 The next day was almost as calm. I sat on deck and watched light rainfall off the coast of Bimini. The ability to see full weather systems move across the sky is my favorite thing about being on a boat. I grew up in a densely forested mountainous region where you can barely see the stars through the trees. I'd never seen rainfall anywhere but above my head until I moved to the level lands and seas of Florida. 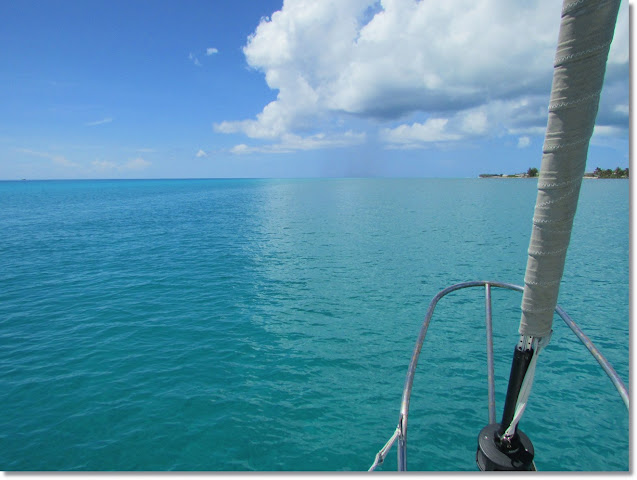 With no wind for our sails we went ashore, took a short bus ride across the south island, then took the water taxi to Alice Town on the north island. 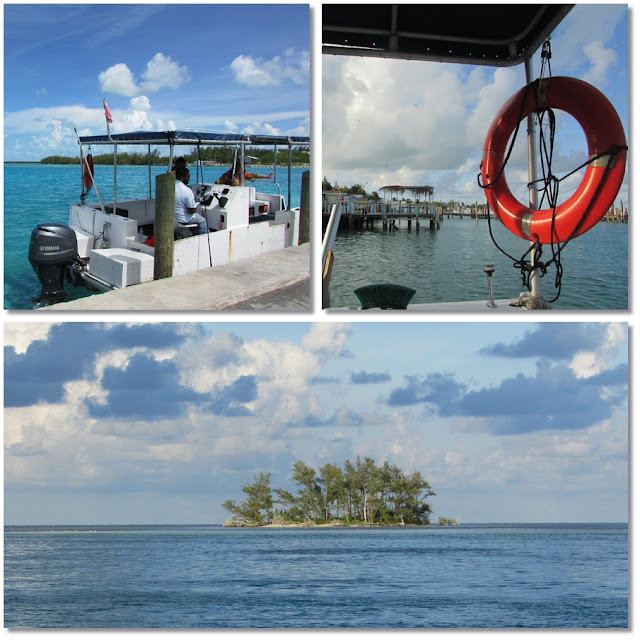 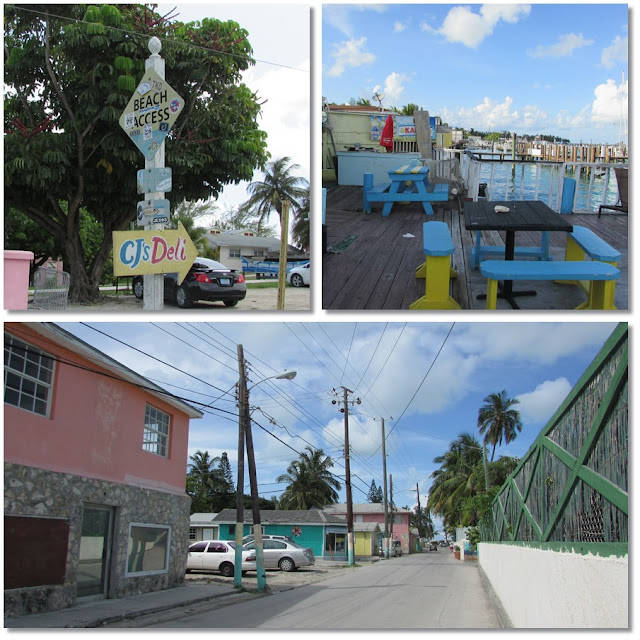 We were looking for a liquor store to buy a couple cases of our favorite Bahamian exclusives before we left.  If you told me that a grapefruit beverage was delicious, or even drinkable, I wouldn't believe you. But it's true. It's light and sweet, and perfect to drink in the heat. Sands Pink Radler is brewed by Sands Bahamian Brewery, who, as far as I know, does not export. I already miss it.  Guinness Foreign Extra was formulated over a century ago with extra hops for global export to the Caribbean, Africa, and Asia, which are just about the only places you're likely to find it. Although, I hear that the surge in interest in craft beer in the UK and US has lead to occasional limited releases. So it could be coming to a city near you. 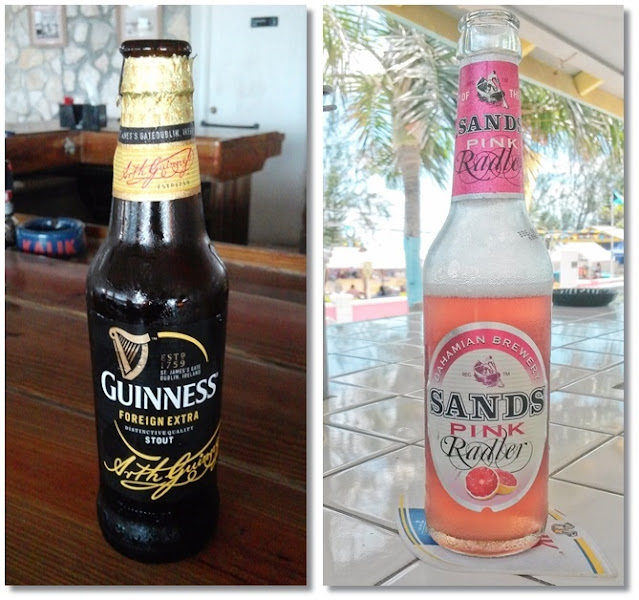 After acquiring the beer and returning to Nixon's Harbor, I went to comb the beach for keepsakes brewed by the sea. The public beach at Nixon's harbor was just as deserted as it was the last time I was there in March. There is definitely no shortage of the private beach experience in the Bahamas. In fact, I'd say it's harder to find company than it is to find an empty beach. There are 700 islands in the Bahamas, of which only 30 are inhabited. That's 670 islands that are almost guaranteed to be void of human life. With only 394,000 people spread across the 30 inhabited islands, chances are still good no one is going to be at a particular beach on any given day.  Even on the inhabited and touristed Island of South Bimini, on June 27th, it was just me and the trilobites. 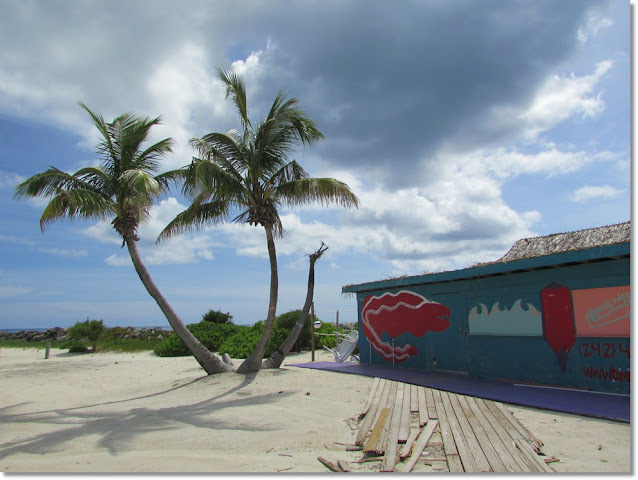 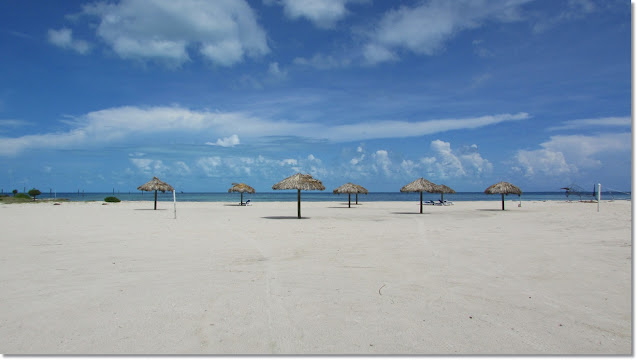 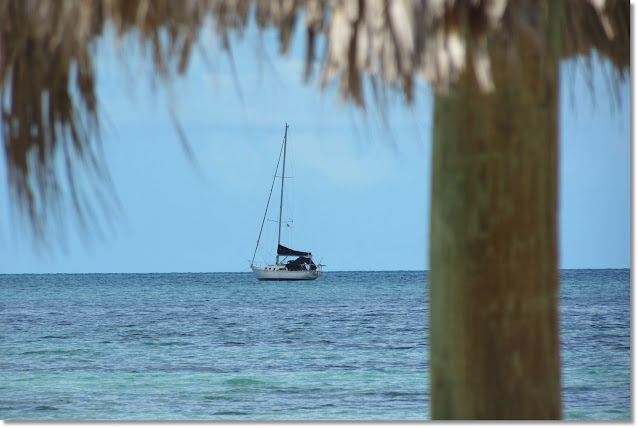 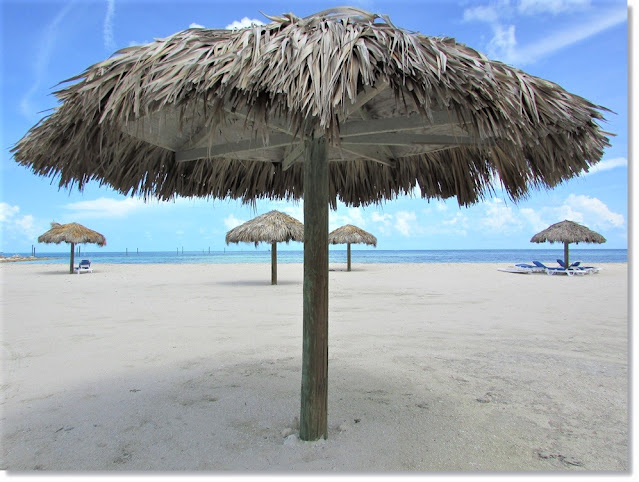 While I was wandering the beach, stirring up the sand looking for fans and shells, I was taken by surprise when I looked down and saw that I had company.  A stingray was right next to my feet and appeared to be looking up at me.  He/She seemed more curious than aggressive so I stayed in the water and went about my business. He/She stayed close and fluttered around me for a while, before finally losing interest and gliding away. 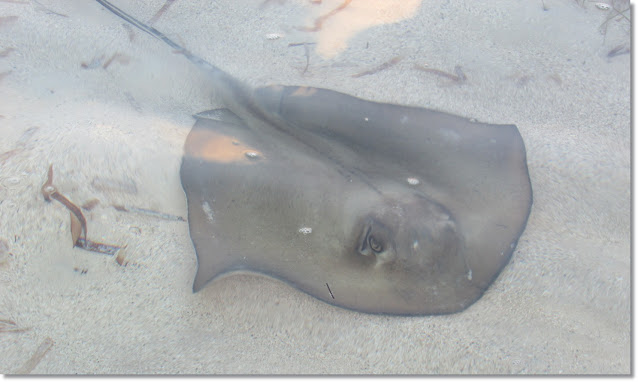 After I found a few sea fans and took in the novelty of being alone in such a beautiful place for the last time, I joined AJ at Mackey's Sandbar to discuss the weather and the Gulf Stream crossing game plan.