When the Wind Dies: Sailing from Andros to Bimini

After eight days in Andros waiting for a weather window to continue sailing, the radar was finally clear of sporadic red dots.  We departed during the best wind window, that evening around 5pm, and sailed gracefully into the sunset.

Sailing remained as pleasant through the night and into the morning.  We were able to use the windvane and take turns keeping watch. But the sun rose higher the wind blew lighter until there was none at all. By noon we were adrift in the doldrums. The sails flopped, the water was calm enough to swim in, and we were going nowhere.

While I wasn't elated to be delayed, I was glad to see doldrums before our journey ended; for the same reason I'm retro-spectively glad we were caught in storms. Because it is now forever part of my mind's landscape, and before it certainly was not.  Whether it's 360 degrees of raging water, wind and darkness, or 360 degrees of glaring windless flat crystal sea bleeding into the sky, it's not something you get front row seats to every day, even if you are in the habit of losing sight of land. So, as our voyage was coming to and end, I felt terribly appreciative to have seen so many varied seascapes in only four months.

We waited for the wind to pick up for a few hours. The sun was so severe that the cockpit was getting too hot for bare feet.  We clipped a bed sheet to the dodger for shade while we waited. We really didn't want to burn fuel all the way to Bimini. However, preferring to reach Bimini before dark, we eventually gave in and started chugging, breaking the beautiful silence. 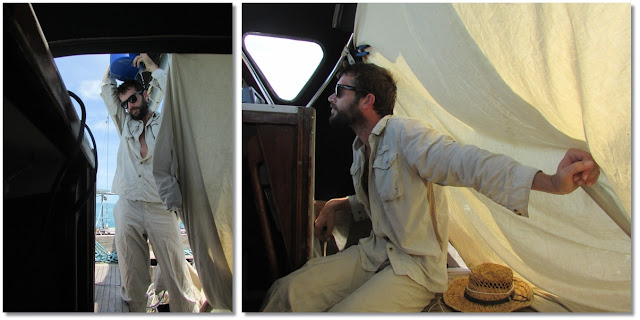 Luckily we were reunited with the wind along the way, and shut down the engine promptly.  Bimini was in our sights about 25 hours after leaving Andros.  As we sailed into South Bimini we passed the shipwreck of the SS Sapona. 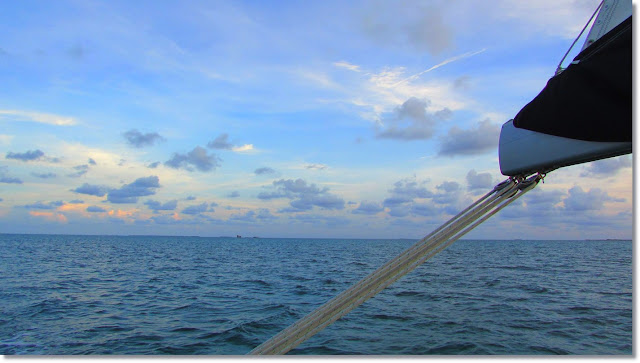 The SS Sapona is a concrete cargo ship that ran aground off the coast of Bimini in 1926 during a hurricane. It was used as a warehouse for booze supplying Miami during prohibition. During WWII is was used as target practice.  In 1965 it was featured in 007 Thunderball.  Now it is a popular site for divers. 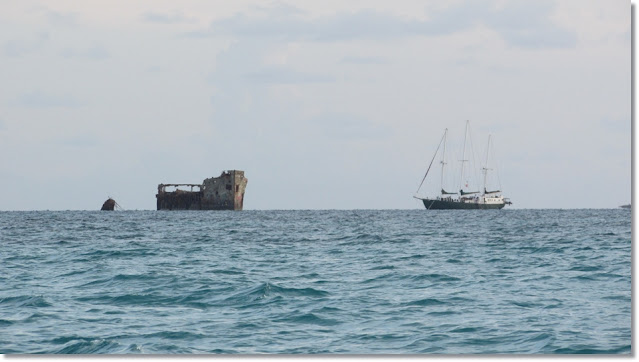 28 hours after leaving Andros, we dropped anchor as the sun set in the familiar pillowy sand of Nixon's harbor, South Bimini, about 100 yards from the first place we anchored when we arrived in the Bahamas four months earlier. 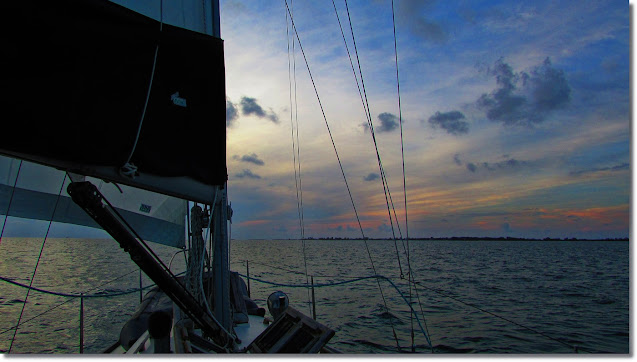