And Then AJ Broke His Hand

It's been a rough month.  I can honestly say I've broken down and cried while working on the boat nearly every day for weeks, and AJ hasn't done much better.  Talk of selling the boat and buying a one-way ticket to the isle of Anywhere-But-Here has become a regular topic of conversation, and fuel for much fantasy.  But we continue on.  Day after day.  Heartache after heartache.  Frustration after frustration. Failure after failure.  I think we are burnt out... again.  It is somehow more difficult and emotional to be at this stage: so close to finishing, yet so wiped out and broke from two years of labor that every little problem or mistake feels insurmountable and impossible.  We are exhausted.  Exhausted from homelessness.  Exhausted from filthy work.  Exhausted from injury after injury.  Exhausted from sacrificing our personal relationship for a professional working relationship.  After being stuck for two years, it can be really hard to remember why we're doing this to ourselves.

But now, we have to take a temporary break whether we want to or not.  AJ broke his hand Tuesday. Or the boat broke AJ's hand.  However you want to look at it.  He broke off the head of the fifth metacarpal on his left hand. 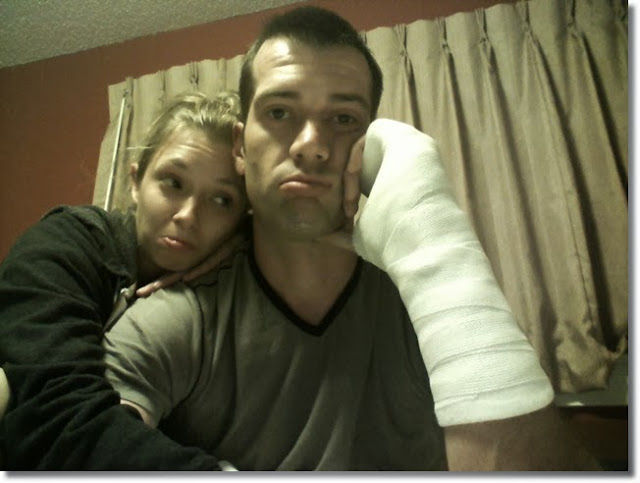 We were going to move onto the boat this week.  Albeit with no water or electricity (just like before). We can work on those things while aboard.  But the toxic work of epoxy, paint, and varnish, etc.. is finally complete. And for the first time since we bought the boat, every inch of it it is clean, dry, and inhabitable. Shelves, drawers, and cabinet doors are ready to go back in.  We still need trim everywhere, but trim doesn't help a boat sail. So we'll get around to that someday. The floors are repaired and refinished. The raw half bulkheads in the picture below will get finished with white Formica. Originally we had intended to leave the old shabby veneer on these bulkheads with the thought that it would be fine if undisturbed for another couple years... but now it has been two years since the decision not to fix it.  Like so many other things we determined weren't important, it fell apart on it's own in the passage of time.  So much time. 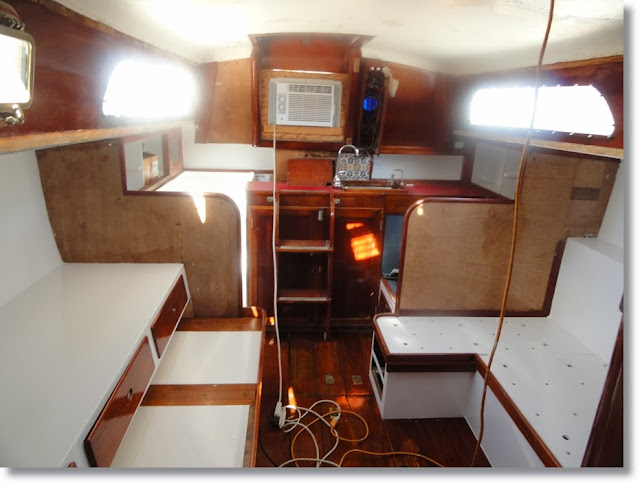 The bay where the old icebox was, shiny and gleaming white: 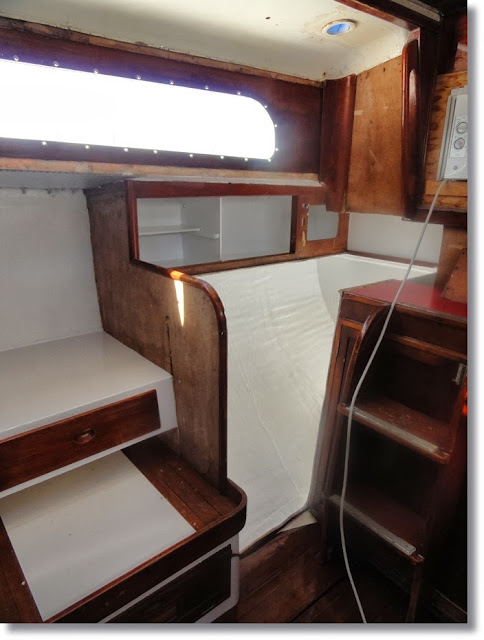 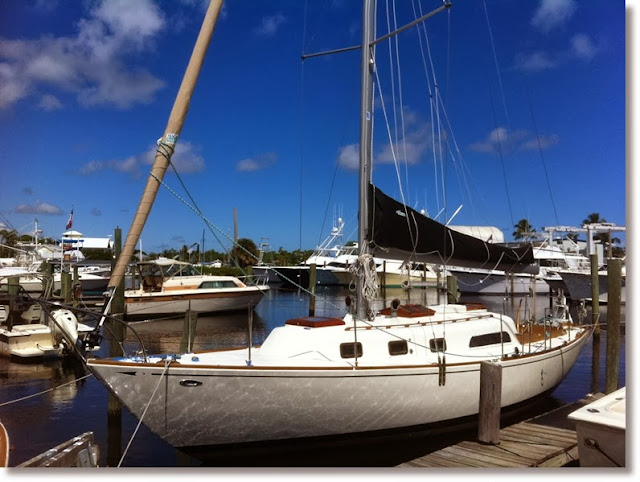 We still need a boom vang and a depth transducer before we can safely sail... and plumbing and wiring before we can live and cook independent of shore. We don't have the money for those things right now, so even if we did move on as planned, we would just be sitting around looking for work anyway!  It's a good time to go back home to Arkansas to regroup, with or without AJ's injury.  We're headed there pronto.  I need to see a friend.  AJ needs disc golf with buddies in the cold autumn Ozark mornings.  It's going to be fall there ya'll!  I love love love the fall and crisp autumn mountain air.  If he could have waited a couple more weeks to break his hand we could have gone home for his birthday and Thanksgiving. I guess we'll just have to plan some early celebrations.