The Decks are Finished!

The decks cabin and cockpit are painted. 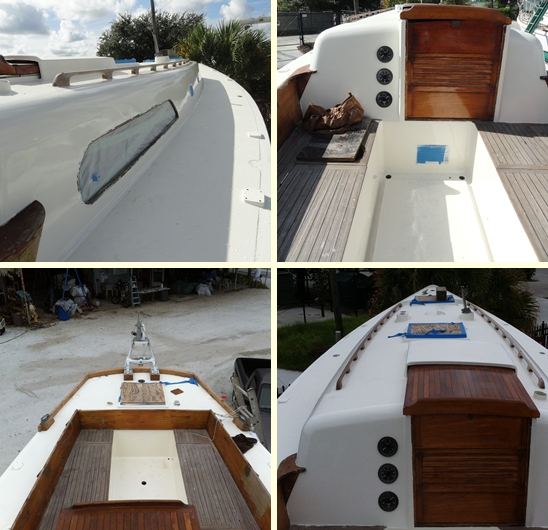 The leaky teak hatch is rebuilt and ready to go back on the boat.  We stripped the varnish and took it apart.
It was re-cut and glued back together by MR Woods here in town.  We varnished over the course of a few days.  Haven't seen the sun in a while. The coats dry very slowly in the cloudiness and humidity. 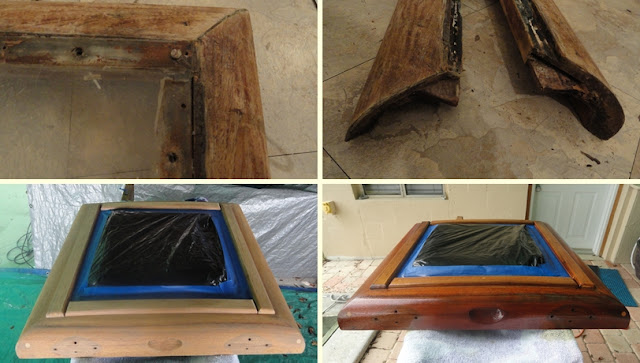 Now that the decks are finished, we can start installing the windows and deck hardware.  Danny is going to barrier coat the engine room and bilge, then we'll install the engine, and chug up the river to our dock where we'll complete rigging and reassembly.  The plan is to be finished by November 31.  In December we will go visit family to say our goodbyes before sailing away.  We'll be living aboard with a working engine and rig by January. I'm not sure which direction we will head, and I don't really care.  We will finally start a nomadic life!

As ready as I am to leave Florida, a unique thing about living here is the plethora of wildlife and primeval-like flora.  I guess that's called "the Tropics,"  but it appears positively primeval to my deciduous sensibilities.  The only point of reference I have for such scenery are dinosaur children's books.  In the mountainous region where I'm from there are little leaves, little songbirds, little rodents, and the occasional deer that darts in front of your car on back highways.  There isn't much wildlife within city limits.  Here there are huge plants, huge birds, and the ground is alive with lizards, geckos and crabs. (And all the insects necessary to feed them.) We need to start catching these crabs for dinner! 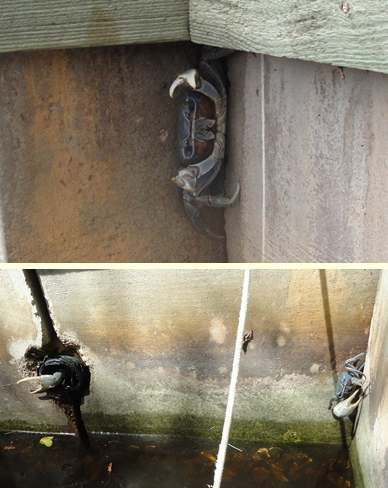 Geckos seem to like hanging out indoors.  I haven't seen many lizards inside, but there are always 3 or 4 Geckos on the walls.  According to S/V Bella Star, Geckos are good to have on board because they eat bugs, so maybe I'll chase one onto the boat before we leave.  Cute little things.  I have been wanting a pet... a cat would be lovely, but my asthma won't allow furry creatures, especially not when trapped on a boat! 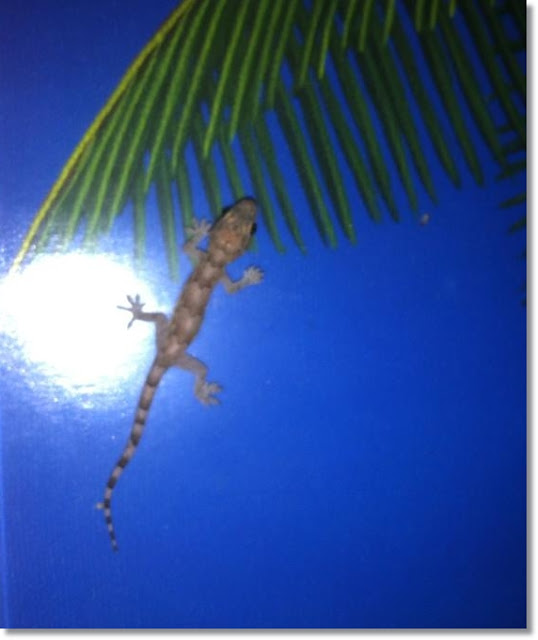 We like to take the landlords canoe out and watch the drama unfold between the many bird species.

For all the lovely sounds a mockingbird makes, it also emits furious screeches when it wants its branch back, and will fearlessly defend its territory... even when the offender is a large bird of prey.

The mocking bird launching the attack on the osprey.  The mockingbird won, and chased the frightened osprey across the canal before returning to it's perch. 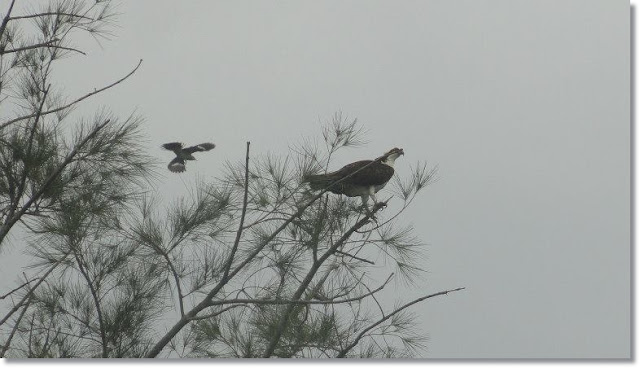 Perched white ibises and egrets, and a cormorant in flight. 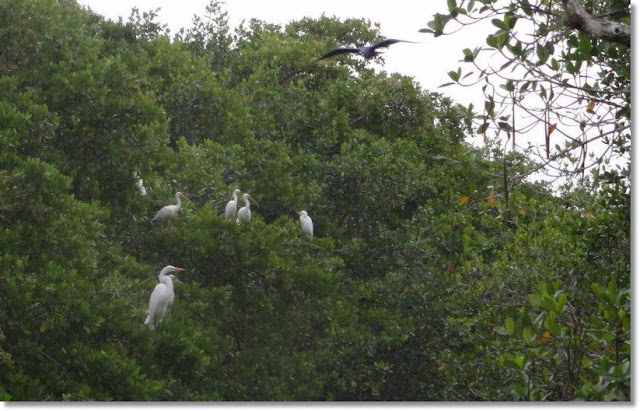 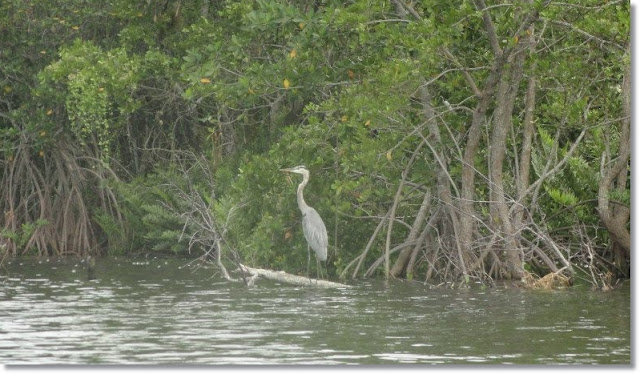 Wild parrots live in the trees near the boat yard.  A talking parrot would be a fun pet.  I'd take it everywhere on my shoulder like a proper pirate! I'm a sucker for romanticized tradition. Hmm... expensive little buggers though. 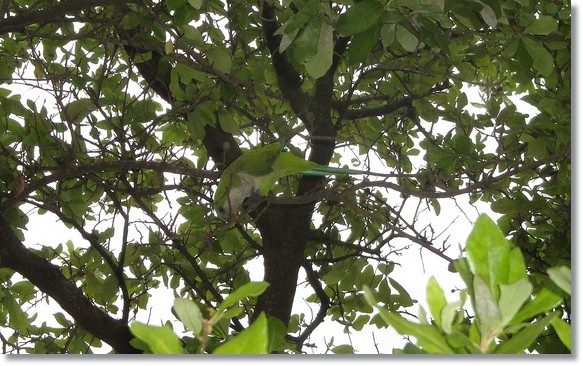 We need a better camera.
Posted by Sarah Lea at 9:45 AM