4 years after the trip to Amsterdam exactly, we had purchased a sailboat. A 36′ 1969 Choey Lee sitting in Florida. A couple weeks before we left Germany we found the perfect boat online. AJ had been looking at boats online for years. I jokingly referred to yacht sales sites as his porn. Though it seemed like a crazy lucky find, we did not want to be rash and buy something sight unseen from another continent when we were about to be in the States boat shopping. We did correspond with the sellers, but decided best to wait and tried to put it from our minds. But when the sellers wrote us that they had to sell by the end of March, and that they had dropped $3000 off the already low asking price. We could not pass it up. So before we left Germany, before we got back to the States, we had bought our boat. The sellers were a German couple who immigrated to Alaska with 2 small boys. The 4 of them had sailed it for the last 9 months through the Caribbean and Central America. It had been sailed, thus was equipped, and they had trusted their kids lives with it, so we decided that was good enough for us.

That, and it was a Cheoy Lee Luders.  The largest (that we felt we could handle) and most affordable of the lovely CCA deep keel boats.  Bill Luders designed American Eagle, an America's Cup boat that won the first World's Ocean race in 1969, among countless other adventures. He also designed the 33' Dove, that Robin Lee Graham sailed in the second half of his record setting voyage around the world.  The design was tried and true. It was going to sail really well, and it was designed for long term provisioning, and voyaging.

We had only been looking at boats built in the 60's and 70's for a number of reasons. The main reason being that they are hitting the bottom of their depreciation value and can be found for under $20k.  The second reason was that they were building small blue water boats designed to be lived on in the 60's and 70's. Today the market is awash with coastal cruisers, with barely enough storage for a weekend bag, and little in the way of sea-worthiness. Also, the fiberglass boats of the era (first generation) are overbuilt by today's standards, making them some of the toughest boats out there too.  The added bonus of boats from the era is obviously aesthetic.  Everything was just more beautiful in the 60's. Even the sailing on a dime books say, if a boat doesn't make your heart happy, you will never make it.

It had a beautiful all teak interior, a great floor plan, not to mention a self steering wind vane, solar panel, wind generator, radio, GPS, and tons of charts. 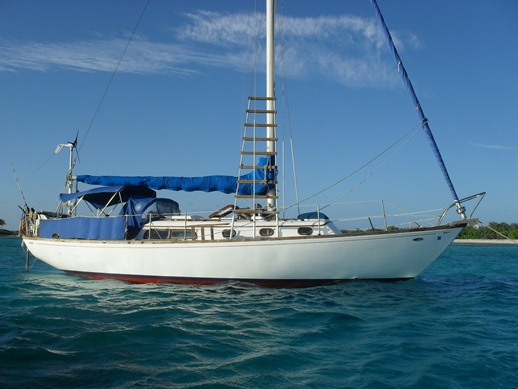 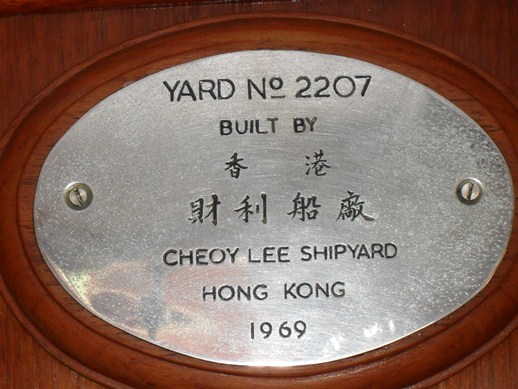 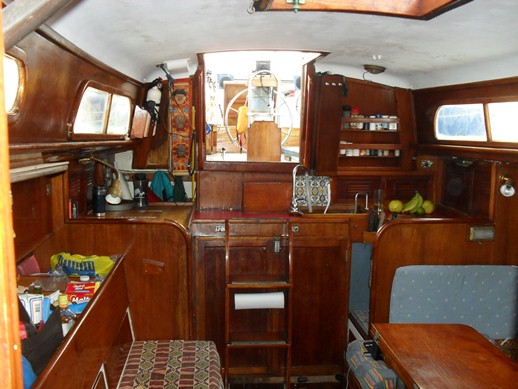 Starboard side, with nav table folded out. 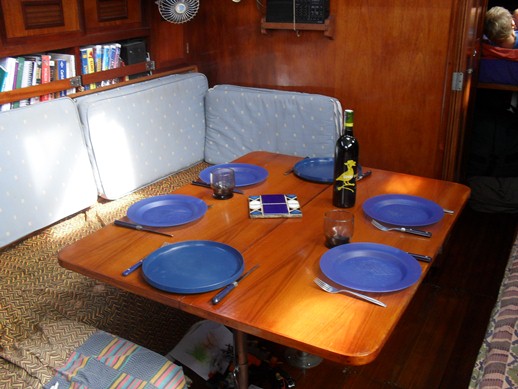 On the port side of the galley we have a 2 burner propane stove and oven.  Water is retrieved via 2 foot pumps, one for fresh water and one for sea water at the kitchen sink. 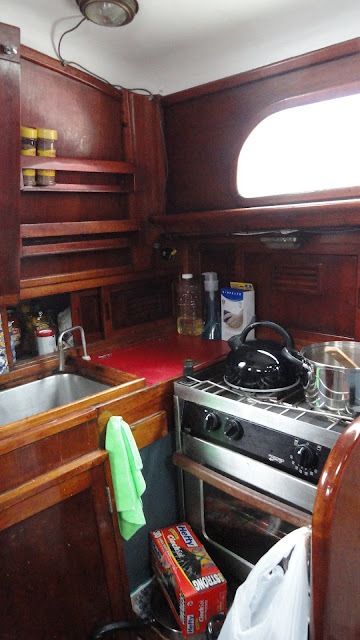 Starboard side galley, with icebox.  If you can get ice, things can stay cool for a few hours. 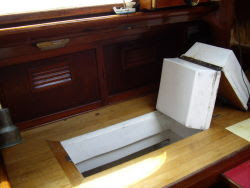 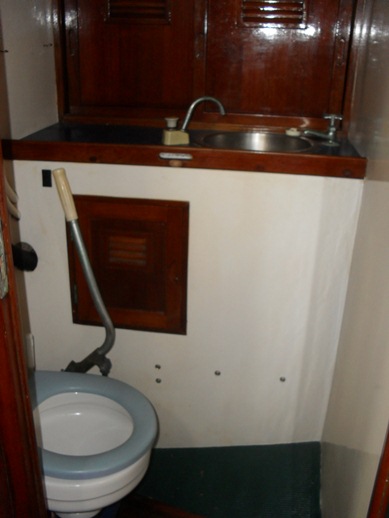 Looking forward - the bathroom (head) is on the left, the closet is on the right behind the diesel heater. Forward in the bow, is the V-berth -our bed.  It is triangle shaped, and about 71/2' wide at the top and 21/2' wide at the bottom.  The wood doors at the very back access the anchor locker. 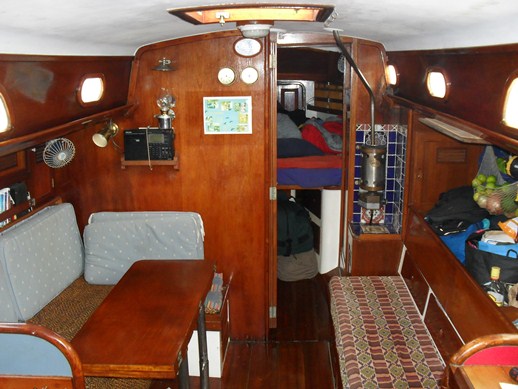 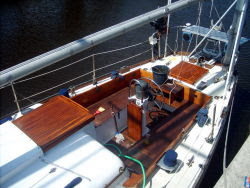