To ensure punctuality and avoid last minute delays, we motored the boat over to the courtesy dock near the haul out bay the day before our appointment. During the night ants attacked our boat.  The dock is next to a restaurant. There is nothing for them to eat. But we still haven't eradicated them all.  Anyhow, the crane drove up followed by Mack with our mast the next morning!

The crane hoisted it up and swung it over to our boat,

where it was guided onto the mast plate. 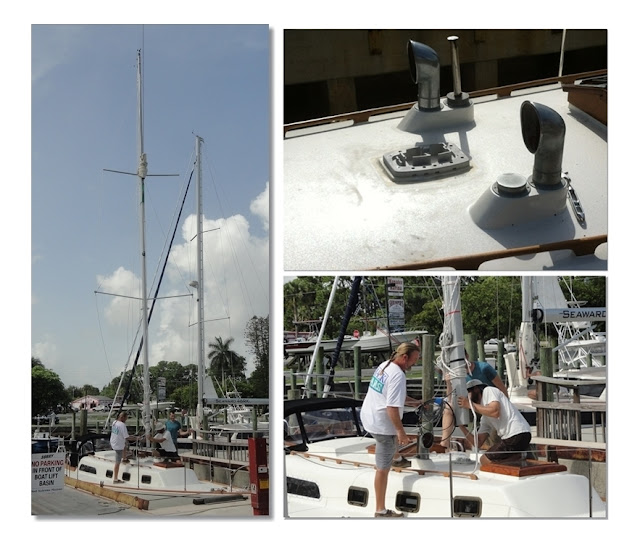 The shrouds were run and the turnbuckles were pinned to the chainplates and tentioned. 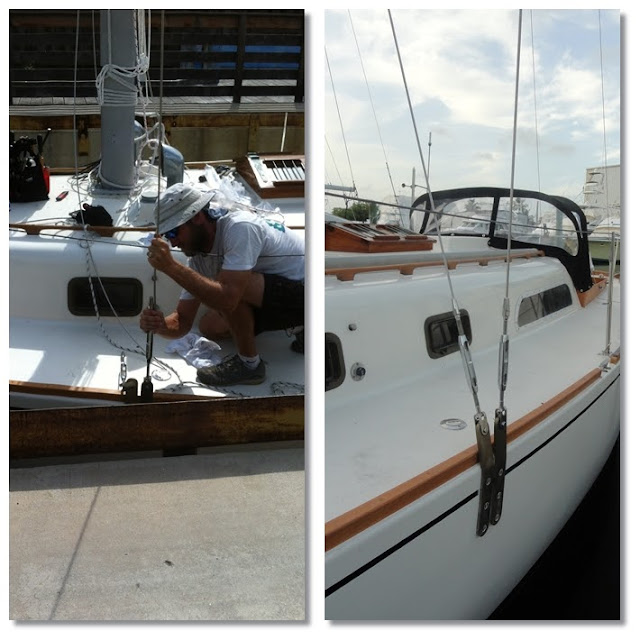 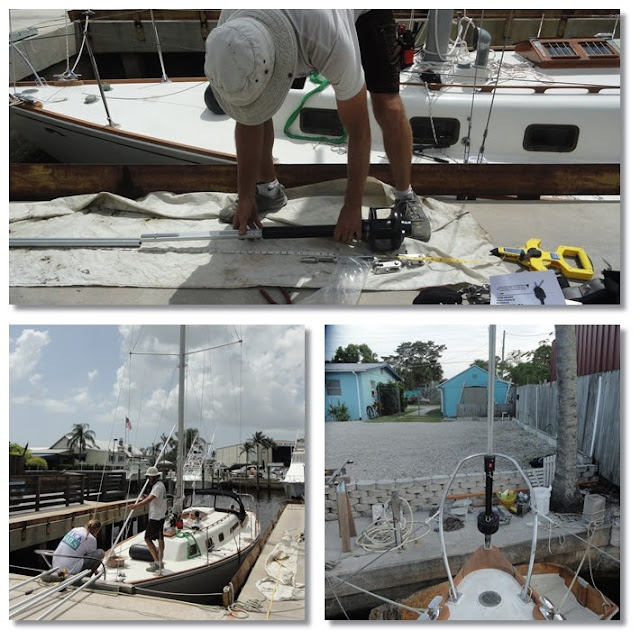 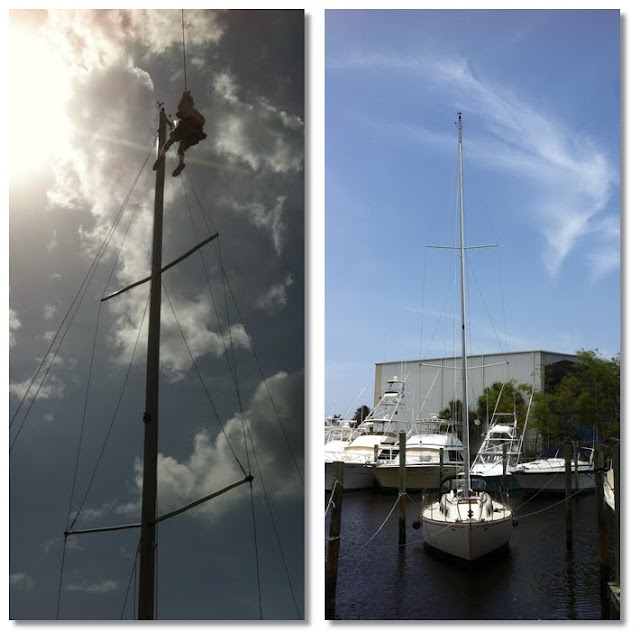 We tried to beat the tide going back to our dock and missed. The water was deep enough all the way up to our slip, but not inside it. We hit the bottom and were stuck.  It's a strange feeling to be stuck so close to land. And yes, that's a swim-able distance and just about anywhere else that would be the obvious course of action. But you don't get in that water unless you want to come out a mutant.  We were able to tie off to the back pilings just out of the "road". But high tide wasn't coming again until sunset. It was a hot day, we had no water, and it was only 1:00. So AJ lassoed a rope to the pier and climbed it across to the sport fishers dock line, and followed that to the it's monster deck. Then hopped off and grabbed the dinghy to rescue me and tie off the bow lines.  Around 8:30 we finished motoring into the slip. 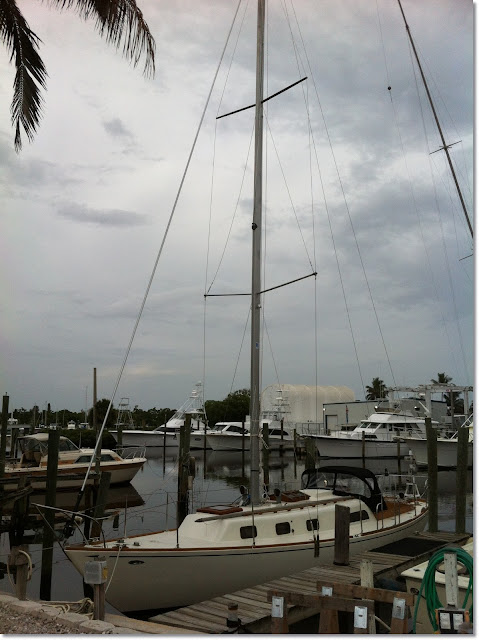 The boom was delivered just before the Holiday weekend. We'll cut and mount it as soon as we get the right gooseneck bracket.  Then the sails will be sewn!