Weather reports were calling for an 18-20 knot ESE wind to shift to SE maybe even S on (Saturday?), but we were anxious to leave Bimini for further cruising grounds, so on Friday we pried ourselves away from docklines, internet, and (for me at least) french fries and cold beer in order to sail almost due south to N. Cat Cay so we might possibly still sail hard on a (port?) tack heading ENE the next day towards Bullocks Harbor just inside the northern tip of the Berry Island chain. 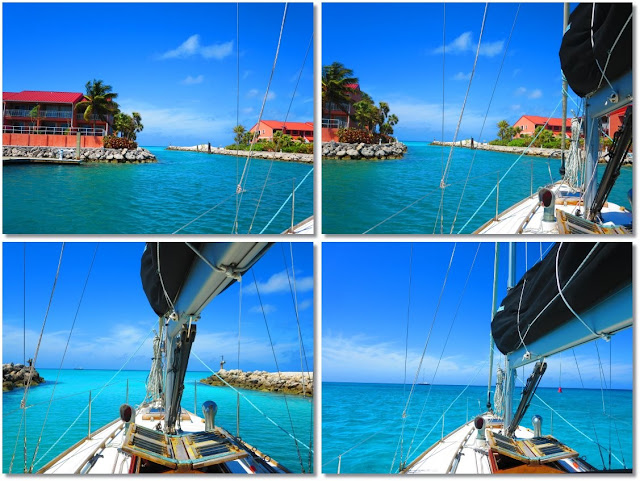 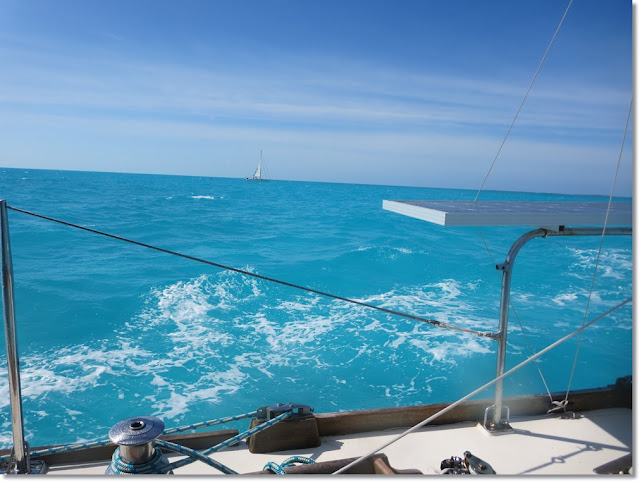 It turned out to be wonderful sailing, just not as dry as the open hatches hoped for. The winds still had not dropped to the predicted 18-20 knots. Instead we were sailing south, hard on a 30 knot SE wind in 7-12 feet of depth, but we plowed through moderate to high chop common to the shallow Bahama banks. High winds blow lots of spray comes over the rails as the boat plows through those low, fast moving waves, and the slamming can get a get violent.

Cat Cay is a private resort island, so we didn't go ashore. It was just a quick overnight at anchor near the end of the island's private runway, and we were off to Bullocks Harbor the next morning. The wind still hadn't eased off, and never did. In fact, wind and seas built all day. Even as we neared the edge of the banks, 5 foot seas were already the norm, and by sunset we were seeing 10 foot horizon-line-breakers and 40 knots. 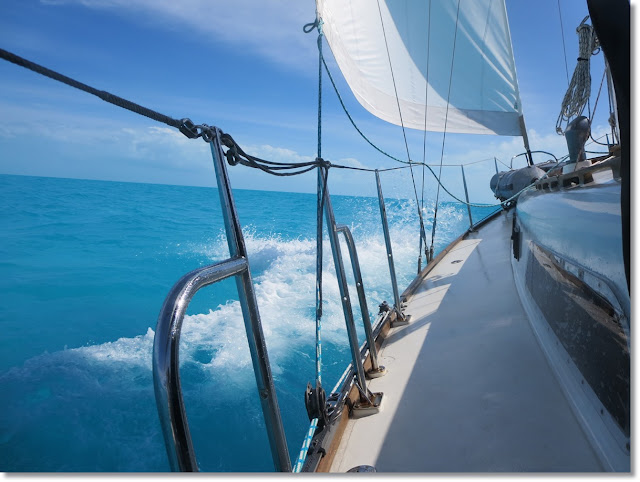 The rest of the night was spent sailing to windward into 10 foot seas with 45 knots of wind. We were fully reefed at that point and had our windvane, Alfred the butler, dialed as close to the wind as Robin would allow while we just bashed through and soaked ourselves and the boat. We bashed so hard that I saw some high powered streams of water fly up over the bow and split into twin fountains on the mast spreaders ovearhead. It wasn't until nearly 4AM when we were inside of three miles of the leeshore on the western side of Bullocks Harbor, Berry Islands that the seas calmed. It is a very safe anchorage in any sort of easting wind, so I had the anchor in the ground at 5AM and was sound asleep by 5:20.

The next day we went ashore and ended up at The-only-bar/grocery/liquorstore-in-Bullocks. We sat near some non-locals with a variety of accents and ended up finding out that they were there working on a jetty for cruise ships on Little Stirrup Cay just north of Bullocks Harbor. During the days for some reason they spent a lot of time on a small steel platform near our anchor spot. I never asked why, but it was a cool addition to the anchorage.

Bullocks Harbor hasn't got much to offer outside of a bad weather haven plus cold beer, and good fish fingers at The-only-bar/grocery/liquorstore-in-Bullocks. It's a quiet out-island town. On Sunday we could even hear the local church blaring the pastor's gospel sermon throughout the neighborhood. 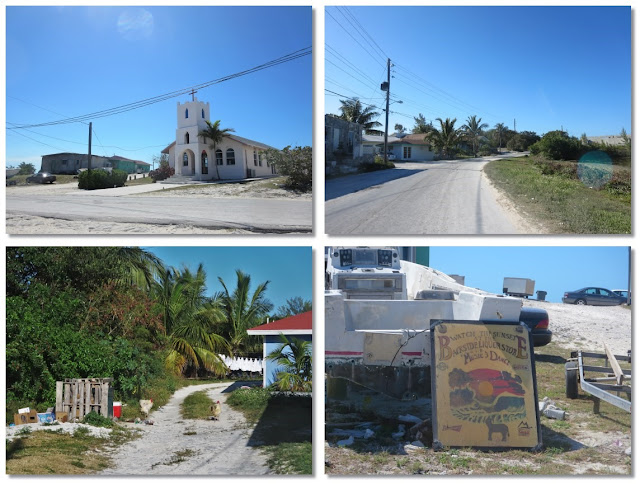 On Monday the weather finally cleared and we were ready to leave for the places with yet-fewer people. 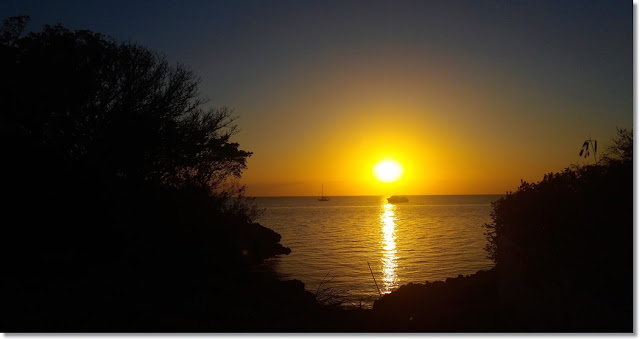 High visibility through cloudless skies finally confirmed for our trip around the northern tip of the Berry Islands to the eastern side of the chain.