An Abandoned Village on a Deserted Island

I was thrilled to go looking for the abandoned mansion on Bird Cay, a deserted island in the Berry chain. We had to dinghy about a mile from our anchor position to reach the shore.  There was no mansion in immediate sight, but there was a dock and an entire abandoned village. 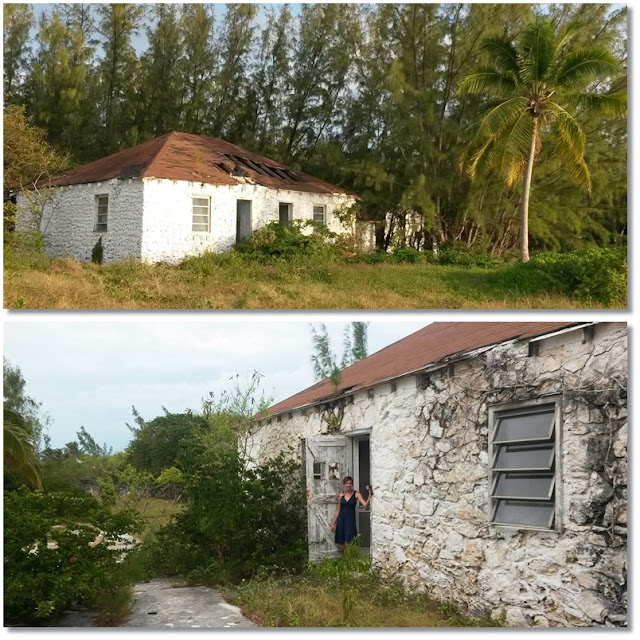 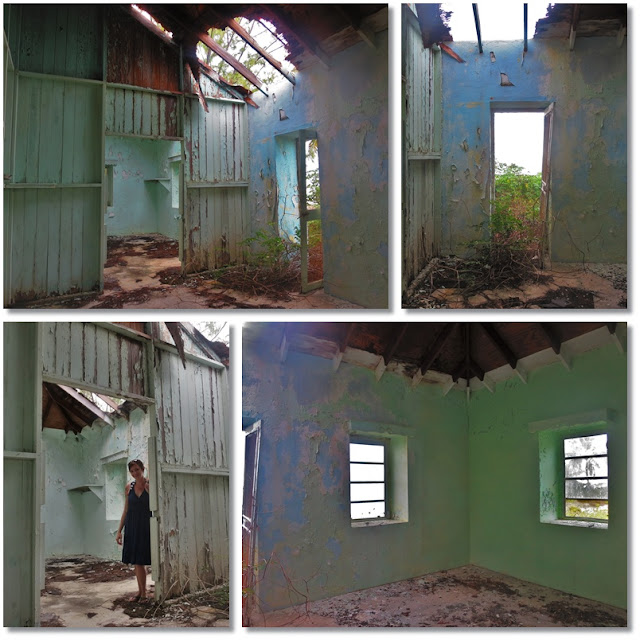 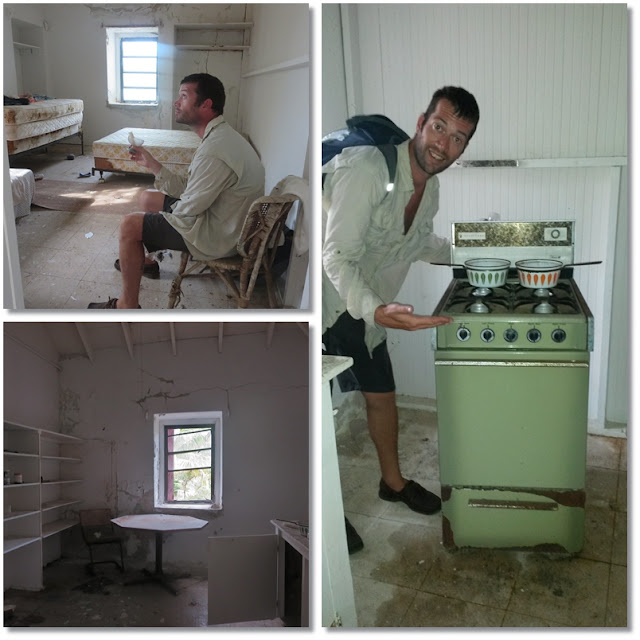 At the Bimini nature trail we learned that Australian Pines are an invasive and problematic species in the Bahamas. They started being imported in the 1920's when wealthy foreigners began showing up to build their own private island homes. The pines were used as privacy fences and wind barriers.

Luckily the nature trail also prepared us for the giant termite mounds. The first clue to how long ago Bird Cay was deserted was in a garage.  A 90's Ford Ranger.  Well, what was left of it. 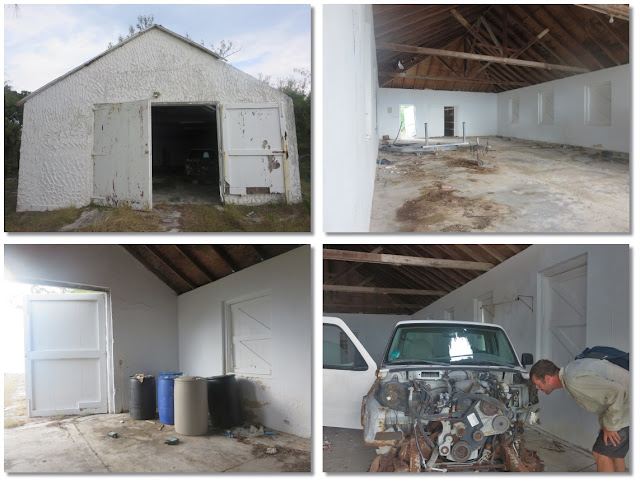 The garage is also home to very big moths.

We found the power generation station! 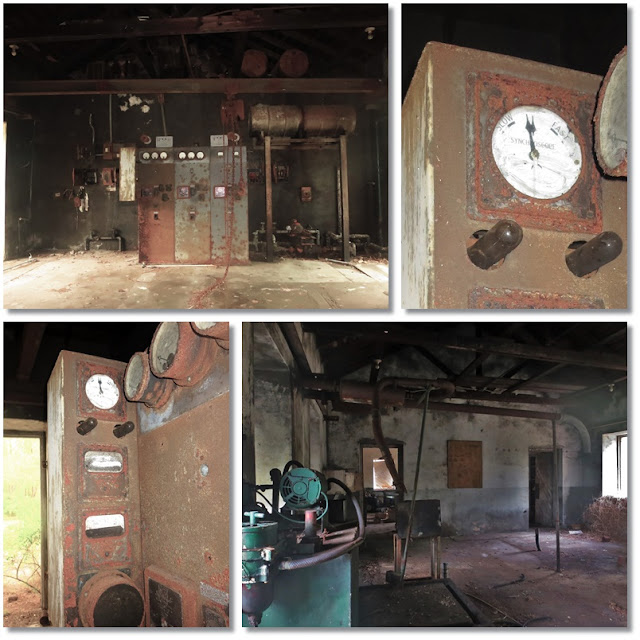 The remains of a trampoline is now a home for hermit crabs. 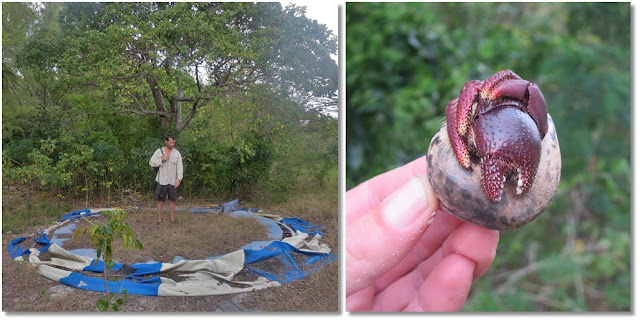 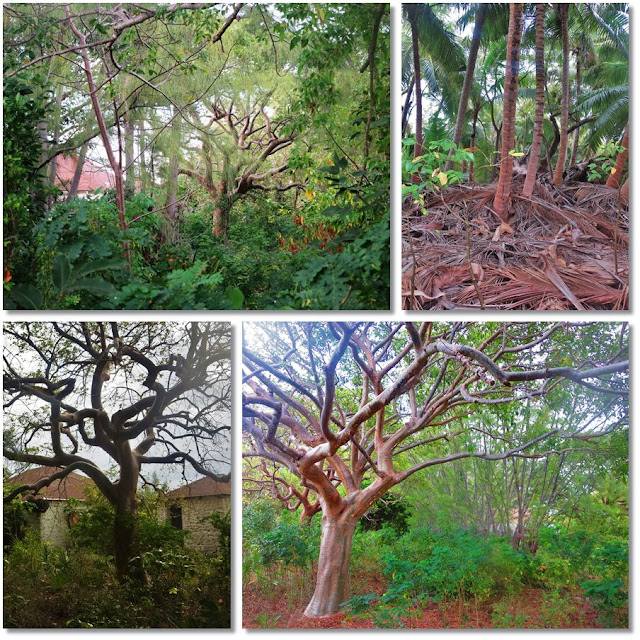 I want to take this tree home. 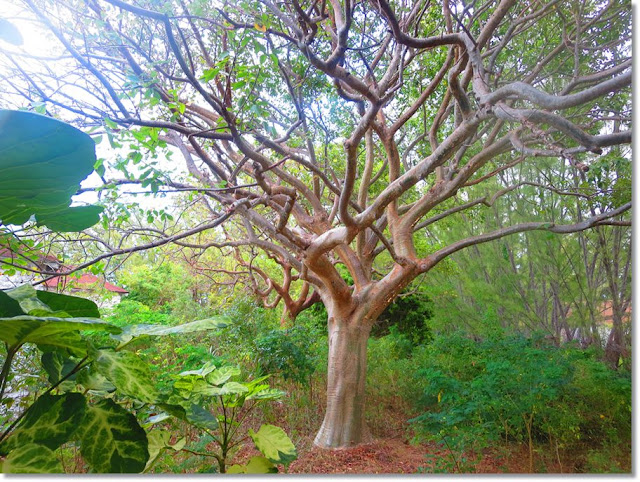 After trekking through the brush amidst the town buildings we eventually came to a road. 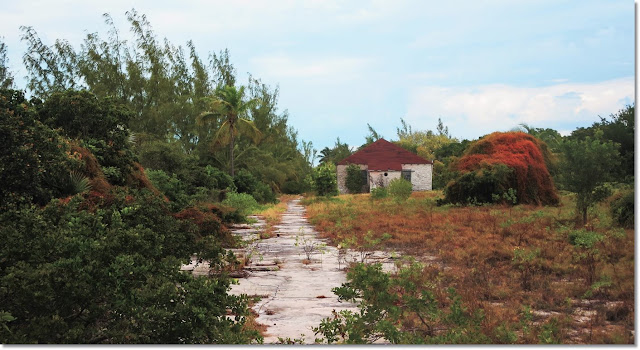 A road being crossed by a peacock. It is said, (by the Australians who put me up to this) that peacocks inhabit the mansion. 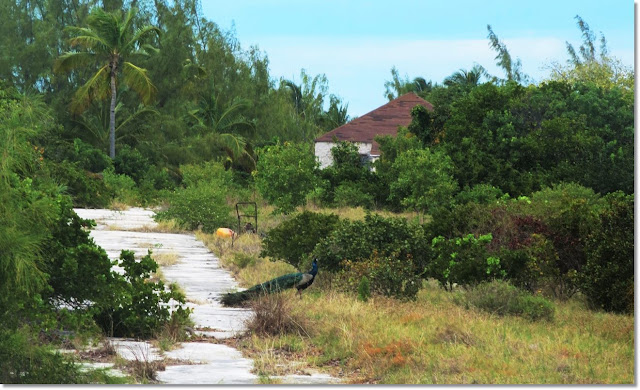 So we continued to follow the road.
Posted by Sarah Lea at 4:26 PM