A Quick Stop in Chub en route to Bird Cay

With weather in our favor we left our little paradise in Little Harbour Cay to make sail for fresh water and diesel refill at Chub Cay.  A tight pelagic route around the islands keeps the total sailing distance down to 20 miles and the fish tasty and well-sized for a 10" pan. 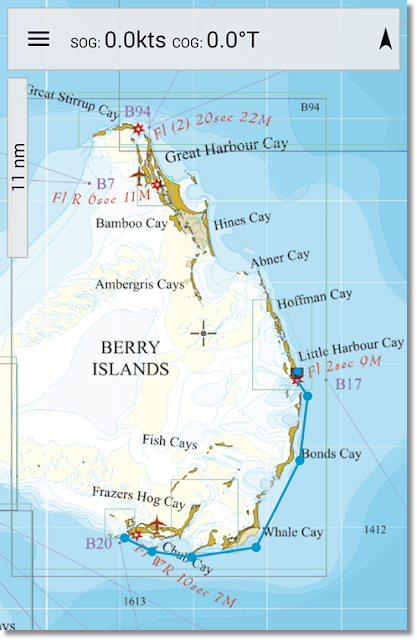 We motored past the breakers at the harbor entrance until we could see the point on Bonds Cay to the south, then raised full sail and turned to starboard.  A light ESE wind moved South throughout the day.  Starting with an easy beat, our point-of-sail slowly moved deeper into a reach, easing seas and raising speeds. 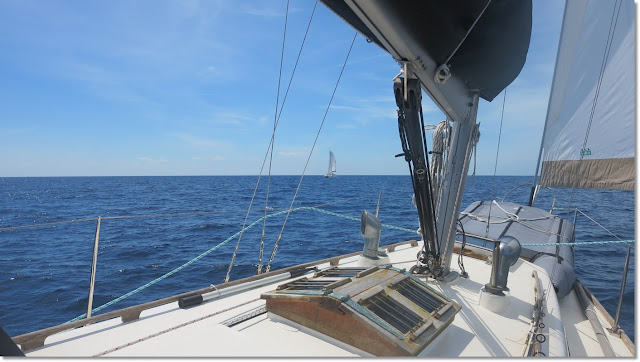 Rounding the lighthouse at the tip of Whale Key.

As the point of Chub Key came in sight I thought "we might not catch a fish", but before I could finish the thought, Mr. TastyjackDinner joined the crew.  Since all of us were starving-to-death after the fight to bring him aboard, we drew straws to determine which crew member would sacrifice himself to sustain the rest of the crew (captain and first mate are exempt). 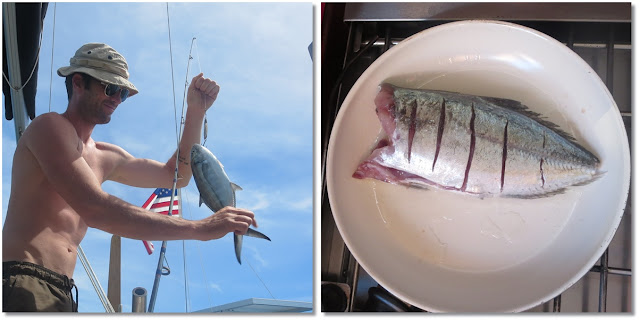 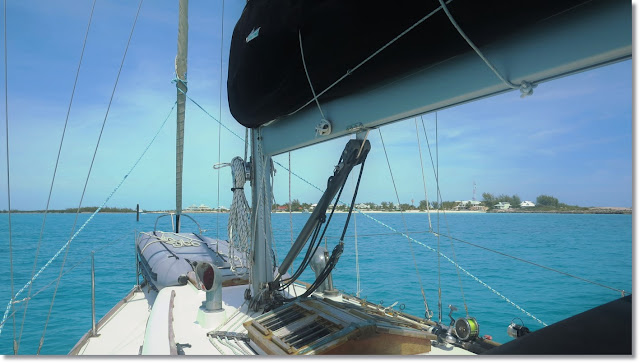 On the approach to the fuel dock we were asked to wait 15 minutes.  We used the time to drop anchor near the private beach for resort members only. 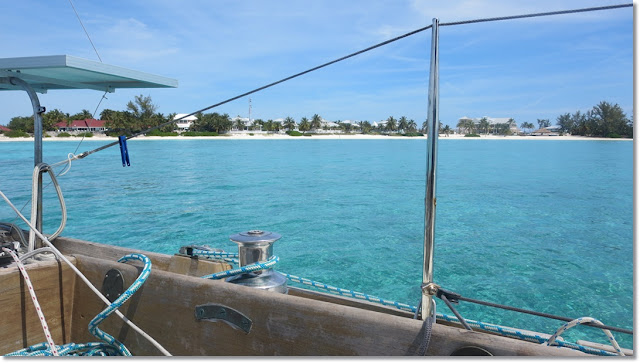 We motored up the canal cut, past the 100' sport fishing boats, and onto the fuel dock. With water and diesel refills complete we returned Robin to the anchorage and came right back in on the dinghy to try and get WiFi and cold beers.  The bar was closed until that evening, so we ended up going to a barren "Ship Store" for our beers (plus a lucky find of some reasonably priced Danish smoked sausages), and a couple moments of WiFi-for-non-members that was broadcast only inside the 10'x10' marina office. 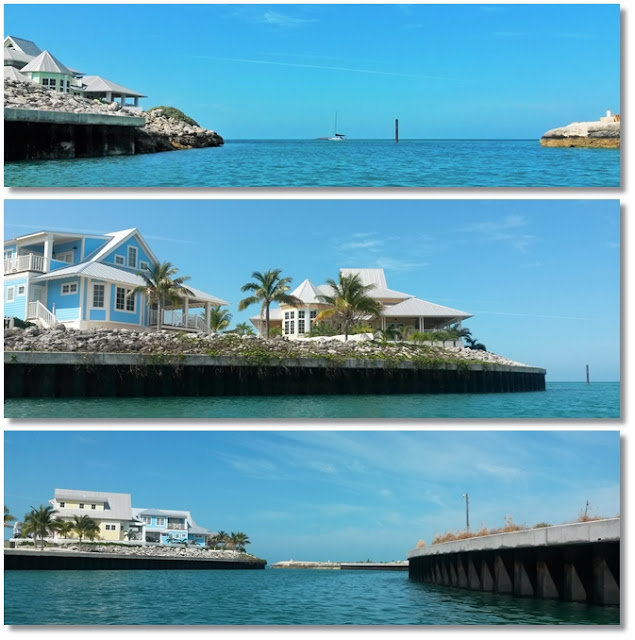 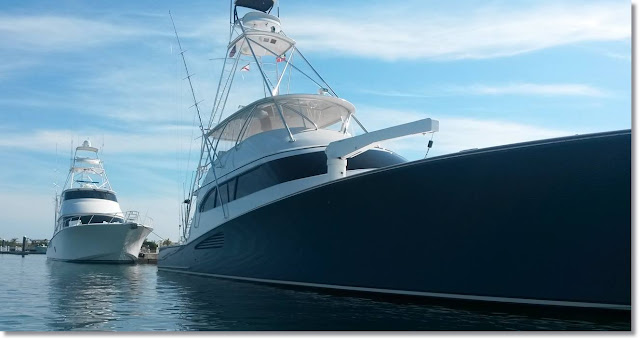 We returned to the boat with our beers in tow to make plans for our sail to Bird Cay before the wind turned and the anchorage at Chub Cay becomes intolerably rolly.  Not much to do here but watch the sun set and the stars emerge. 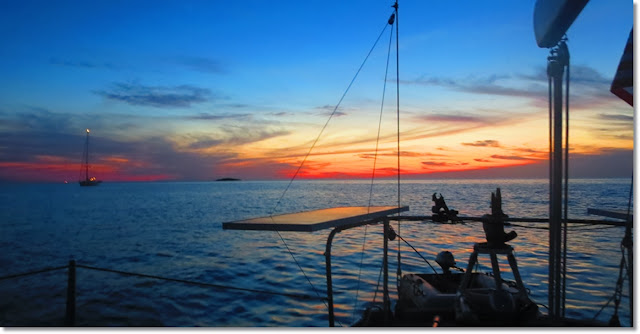 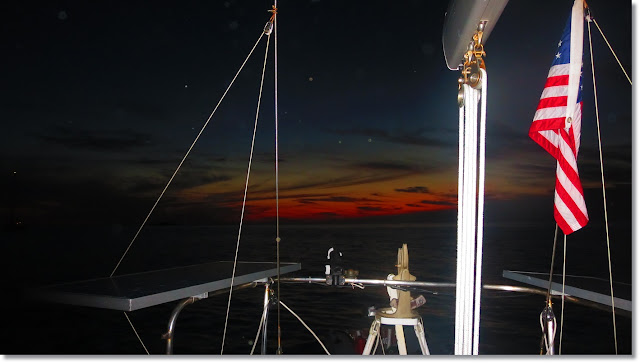 The next morning we backtracked to Bird Cay, in hopes of finding the alleged abandoned mansion.