After a couple days exploring Hoffman and Devil's Cays we hauled anchor for a short six mile hop to Little Harbour Cay in hopes of visiting Flo's Conch bar, an isolated little restaurant on a barely inhabited island.

The seas were super calm.

Thus far on our voyage the weather had been perfect for non-climate controlled/refrigeration-less life aboard.  Cloudy and breezy, neither hot or cold.  While we could see that the water was clear in previous anchorages, reflections off chop and current made it less than transparent. It had always been a little too cold and rough to prompt swimming from the boat. When we rounded the tip of Little Harbor Cay we unwittingly stumbled into a little paradise. The water was glassy, the current was minimal and the sun was blazing. Immediately after dropping anchor, we jumped in the water. 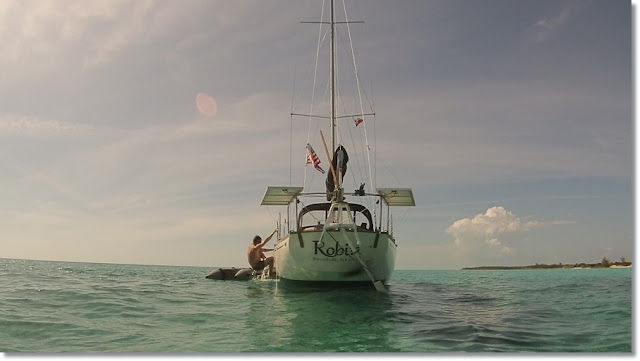 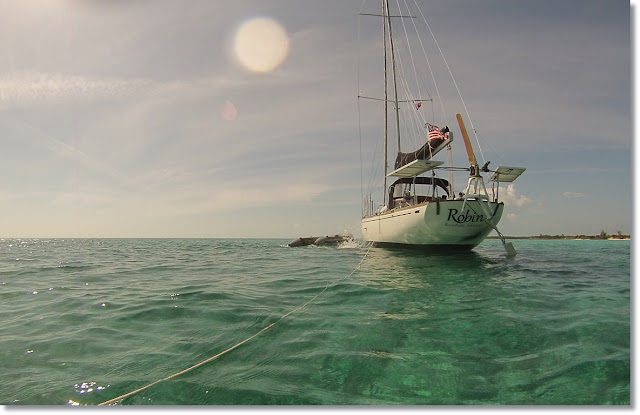 I grabbed the GoPro and tethered myself to the boat in a floaty toy. 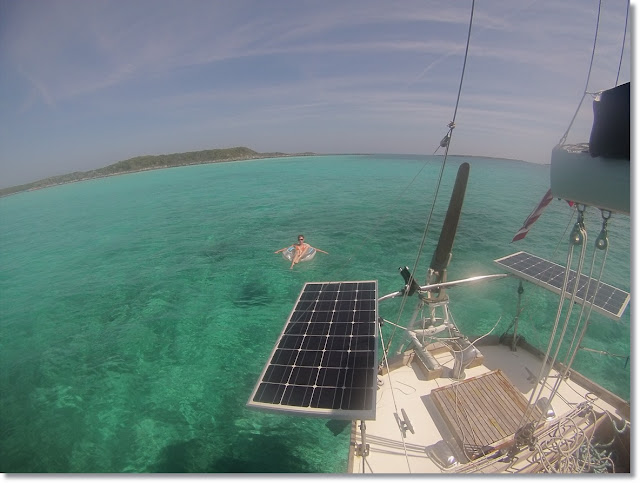 We radioed Flo to no response the next day either, so we decided to check out the shallows that lead to Flo's island. 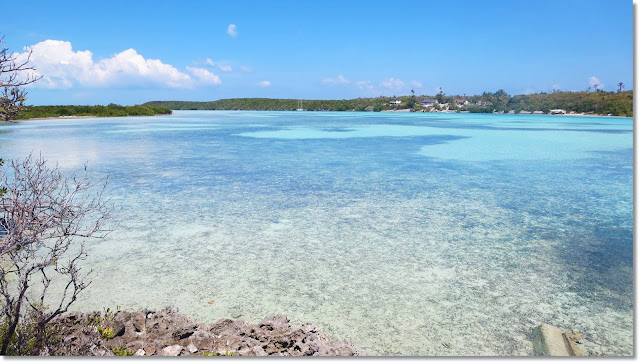 The wide shallows on the approach to Flo's dock were teeming with life.  Stingrays and sea turtles flitted back and forth across the bay.  Red snapper schooled in clouds. 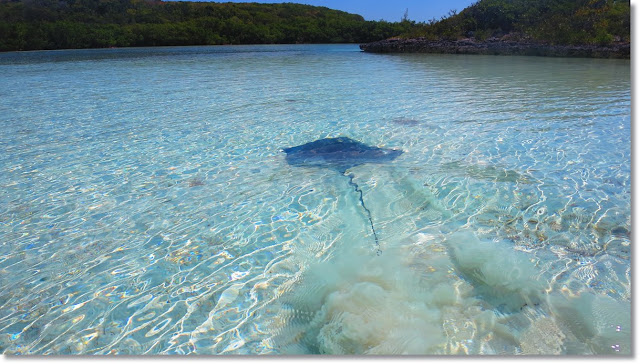 We followed the stingrays and turtles in the dinghy and captured a few GoPro images and a video.

I couldn't see what the GoPro was filming under water, so I just had to aim in the turtles general direction and hope he'd be in the frame. 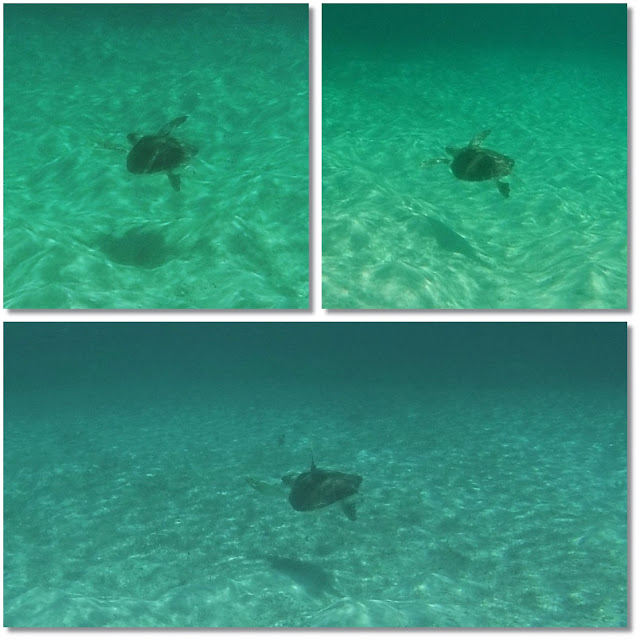 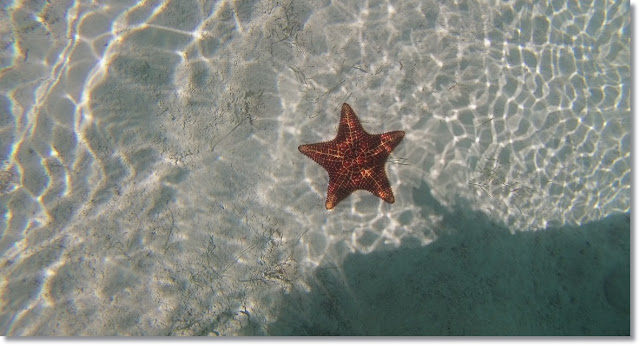 We didn't have any luck contacting Flo that day, but we did end up with a seafood diner. We received a quick visit from another boat anchored nearby.  Some fisherman speared a giant lobster and had given them the tail in trade for a few gallons of fresh water.  The tail was so large that they came over to give us half of that tail, which weighed about a pound! They also informed us that Flo had left the island for supplies, but would be back tomorrow. 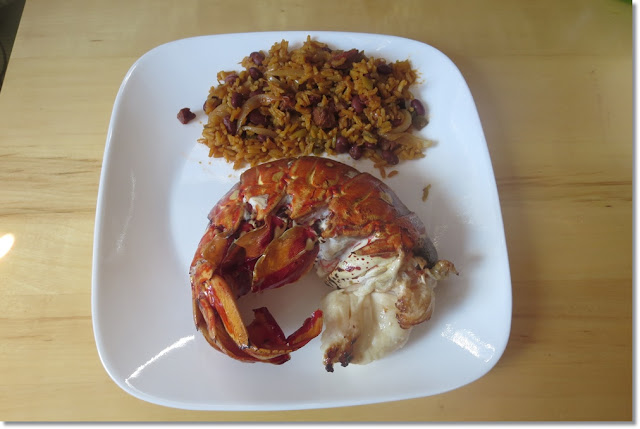