Great and Little Exuma are a smattering of settlements, tiki bars, and secluded beaches stretching for over 35 miles, and unless you have a very shallow draft, the best way to see them all is by car.
The rental place in George Town was both cheap and easy to work with.  They even came to me, at our favorite little bar, to drop off the car with the instructions to leave it at the bar and give the bar tender the keys when we were done.

George Town is more or less in the middle of our inland adventure, so we headed east-southeast first, in search of food. We found a tiki bar on the coast that was serving fresh catches. Sarah had fried whole snapper again and I had cracked lobster.  And as always in the Exumas, the view was spectacular. 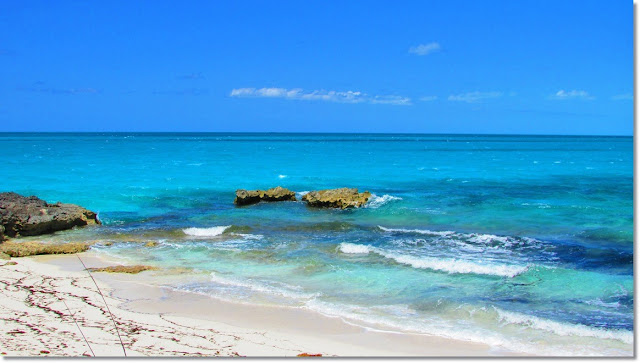 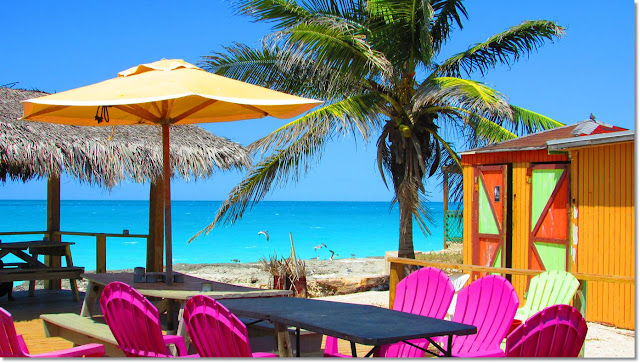 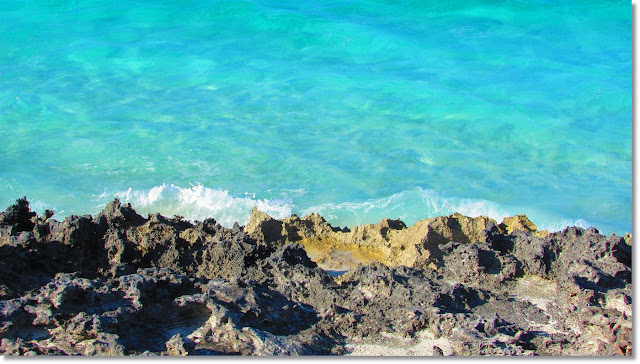 After lunch we went in search of the Tropic of Cancer Beach. 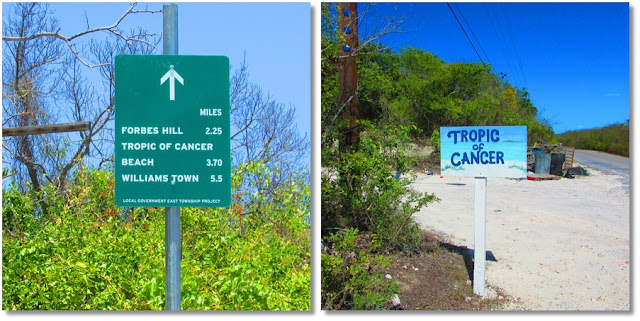 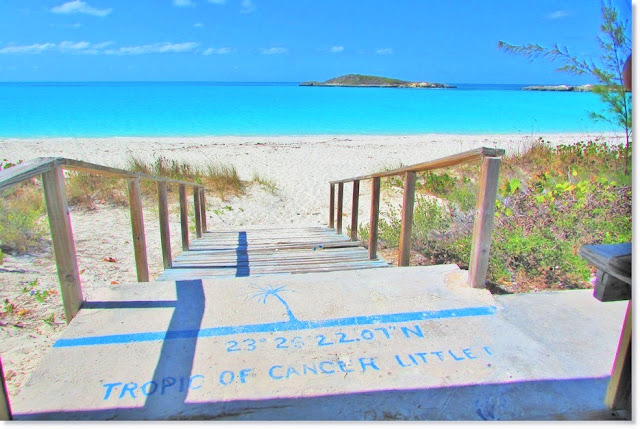 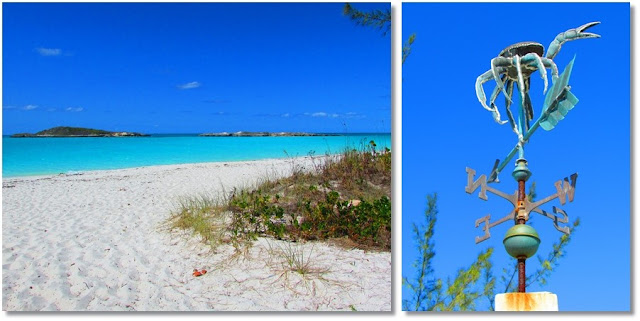 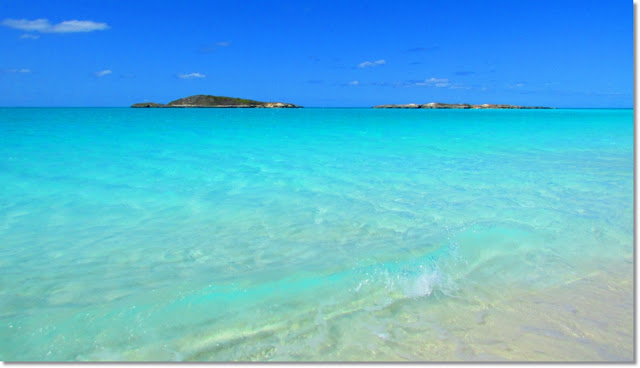 Actually due to the earth's wobbling axis, the tropic is moving south at about 15 meters per year, and is currently another few hundred yards south of the beach, but we all know when it comes to location tagging, physical markers trump reality.

Williams Town is the farthest eastern settlement on Little Exuma, and the location of the oldest structure in the Bahamas: The Hermitage Estate house, a small derelict estate home from the late 18th century founded by Dennis Rolle and his son Lord John Rolle, Loyalists fleeing the Carolinas during the American revolution.

When the property was inherited by the son, he divided up the 1000 acre plantation among the slaves. They adopted his surname, and the area came to be known as Rolle Town. Today, the family name Rolle accounts for 60 percent of the native population of the Exuma Islands. There are few last names in the Bahamas, and they can almost always tell you the island that Bahamian claims as home.
Bahamians retain strong ties to their home island, even after educating and working in Nassau, Freeport, or elsewhere. They might be second generation Nassau-born and raised, but will still claim a grandparent's island tracing the surname.  Knowing which names go with which home islands can make you fast friends in the Bahamas. 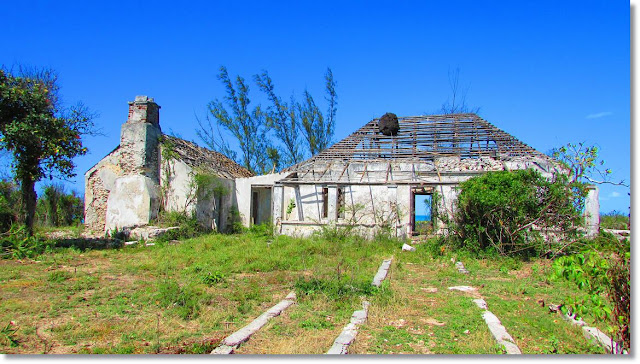 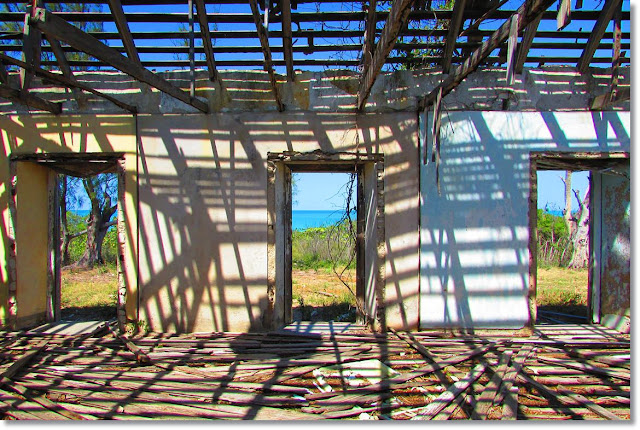 After touching the southeastern tip of Little Exuma, we drove northwest back up the coast again through George Town, across Great Exuma, and across the bridges to Madame Dau's Cay and Barataria, to the far northwest end of the road, the sleepy town of Barraterre. 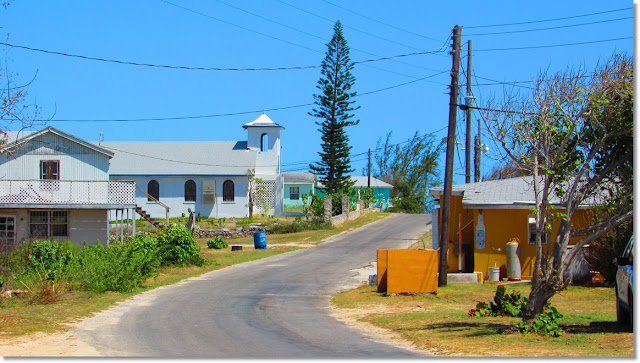