We left Georgetown on the morning of May 30th in fine weather, and arrived at New Bight, Cat Island, late that evening. 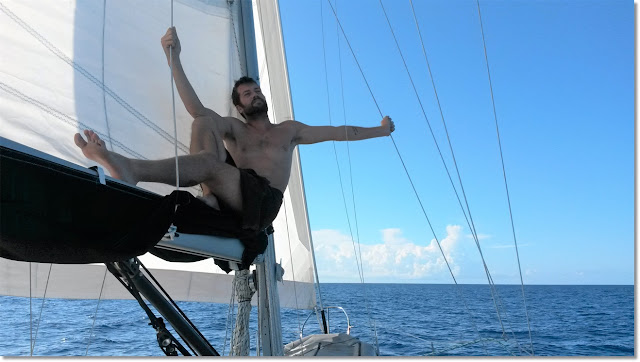 Hoping for an ENE or even an E wind, we sailed all the way down to the eastern tip of Great Exuma before rounding north towards Cat Island. 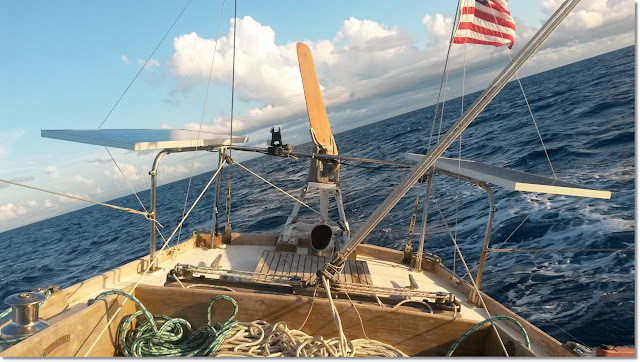 The eastern tip of Great Exuma wasn't far enough, and we sailed hard on the NE wind, missing the south western tip of Cat Island by 10+ miles.  That meant an extra five hours of slogging to windward late into the night.  Luckily the wind was predictable and at that just-right 15-20 knots with the endless windward protection of the sheltered harbor of Cat Island, so we avoided motoring altogether, and ripped upwind in smooth water, making four tacks over four hours all the way into New Bight sound.  We sailed to a stop, and dropped anchor just off the beach shortly after 1AM.

New Bight is a small town in the middle of the island, home to Mount Alvernia, a hermitage on the highest peak in the Bahamas.  You can barely make out the structure on the hill to the right of the cell tower in the picture below. 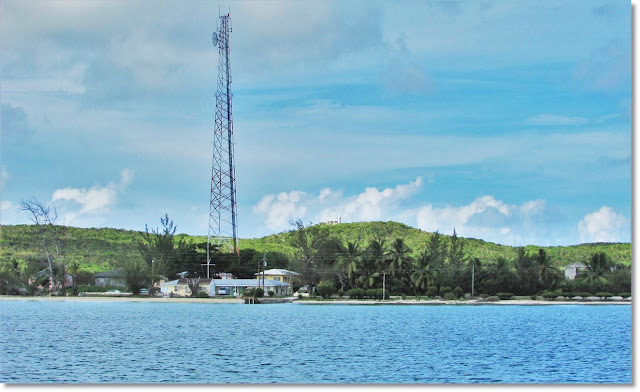 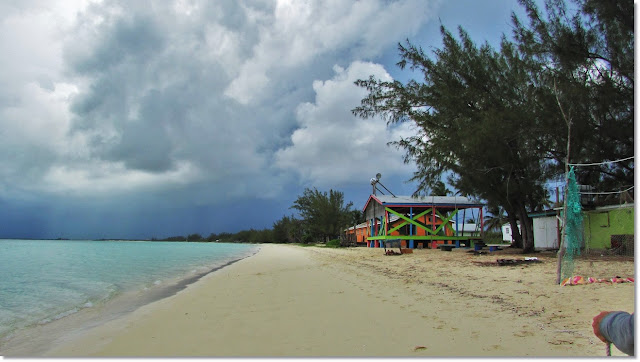 The town is built along a long, shallow beach.  No dingy docks, just beach the dinghy and dig in the anchor where ever you want. 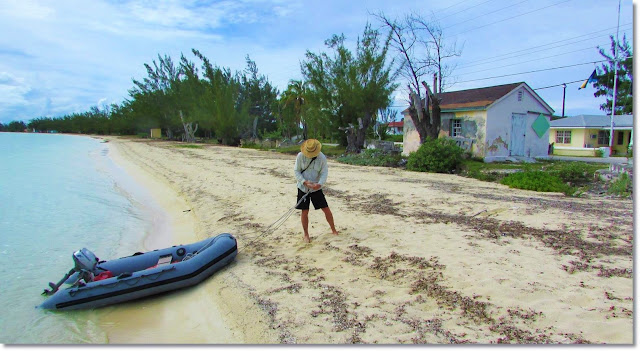 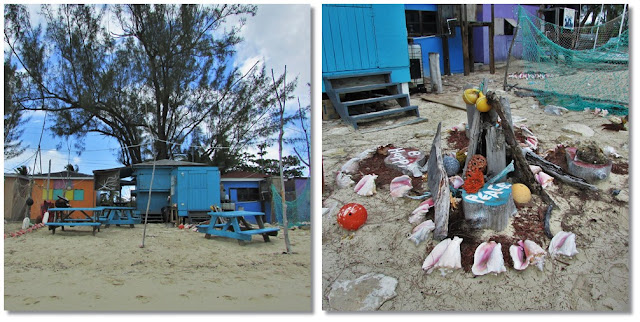 We pulled up to the local fish fry, a string of food shacks along a road running parallel to the beach. 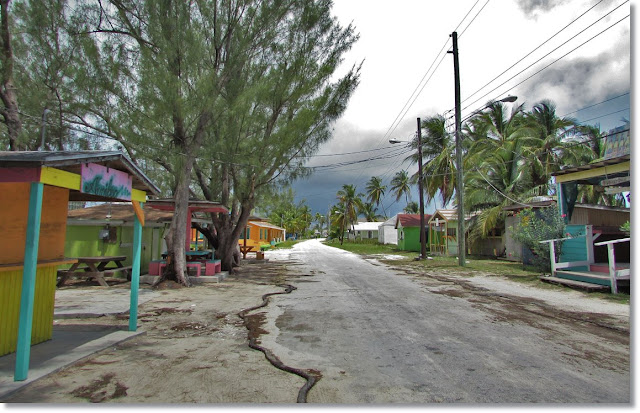 The food really can't be anything other than fantastic when the fish and conch are caught fresh that day. We ate at a little place run by a kindly Bahamian woman called Hidden Treasures.  She had sweet potato fries. 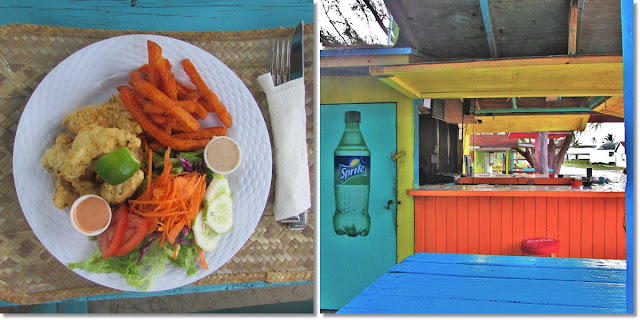 It was a bit stormy while we were there, little did we know we were going to be seeing a lot of storms in the coming months. 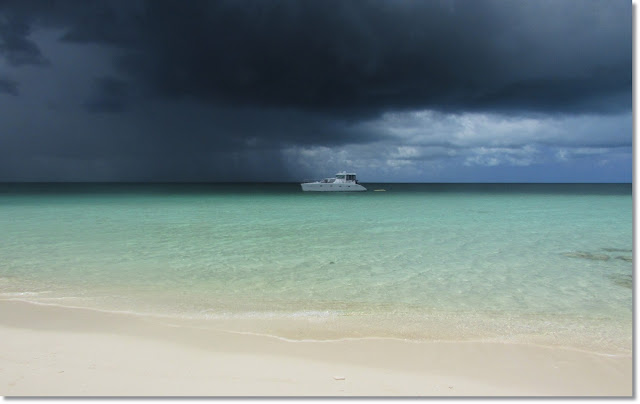 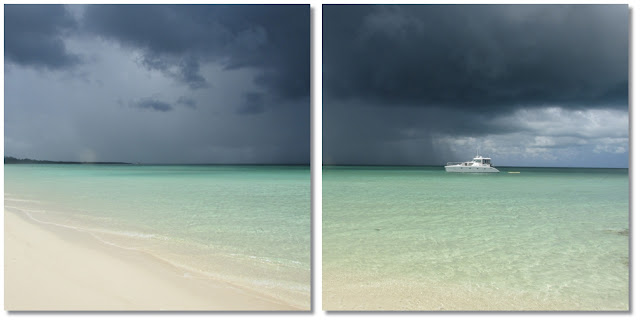 We rode out a couple days of storms before finally getting a chance to hike in and see Mount Alvernia.  It was spectacular, and well worth the wait. (Next episode!) Between rains we had a couple beers and at the local fish fry, and when we mentioned we were headed back through the Exumas to Nassau, our cook told us we couldn't go before the upcoming rake and scrape music festival happening up north on the island at Arthur's Town. Cat Island is the native home of Rake and Scrape music, so we made the obvious choice to head north up the island to Arthur's Town for the weekend before leaving. With a steady southeast breeze that Thursday evening, we spread sail wing and wing out into the harbor for gentle downwind sleigh ride 10 miles northwest into the sunset and another 15 on a fast running reach back north after rounding the 5 mile long sand spit, once again sailing to a stop right in front of the bar and dropping anchor around 8pm.  This time the bar was blaring local Bahamian music and locals with drinks in hand were lounging all over the rocky shore...  Looking forward to a music festival in Arthur's Town... 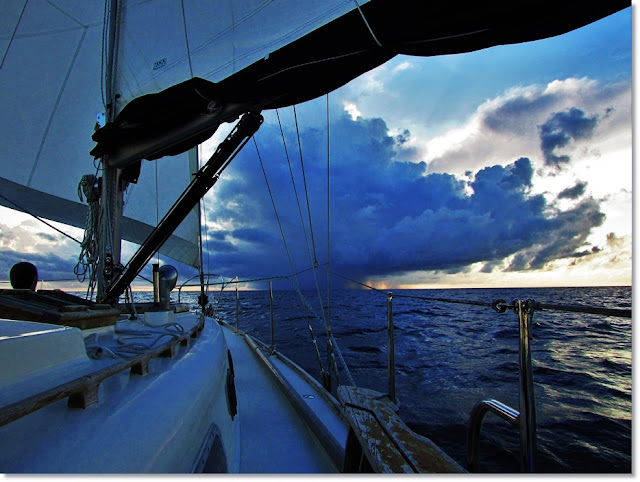 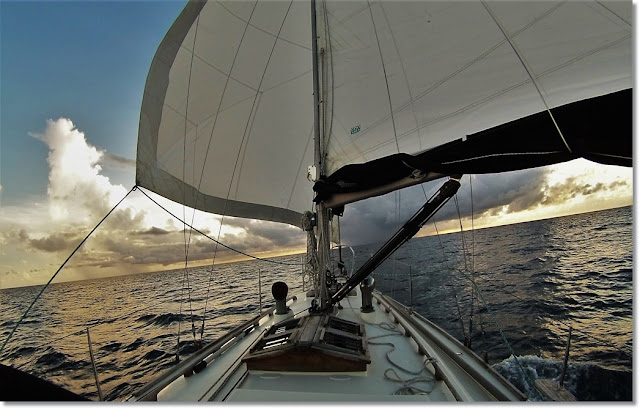