The engine was ready for launch. Unfortunately the tiller head was not, due to a broken laser cutter.  We have to leave the boat on the hard while we go home for Christmas.  Time ran out, and all the little things added up.  We're still packing!  And honestly a little burnt out. It will be nice to not think about the boat, or breath fumes, or bathe in mineral spirits, or come home with fiberglass rashes.  We'll be clean for 2 weeks!

I installed the engine controls in the port side cockpit seat locker. The original engine controls were old levers attached to linkages made up of 1" solid steel rods (no joke) that ran through the engine bay to the shifter and throttle.   Since I'm not a neanderthal in need of spare club material, we will use push-pull cables like normal people.  This engine control set up probably saved the boat 75 pounds of steel rods and levers.  We decided on Vetus' dual control lever.  The single lever control both shift and throttle functions with neutral at top center, then it clicks either forward or backwards into gear before sliding smoothly to control throttle.  A neat little built in linkage system, so you can't accidentally shift while at full throttle.  Also, I remember watching my friend hold to in mixed winds and current while waiting for a bridge, and he was constantly bumping the shifter back and forth while matching the throttle each time.  I thought about how easy it would have been at that point to have it all on one lever so you can't make a mistake.  The lever also has a button to temporarily disconnect the shift cable so you can apply throttle in neutral for warm up purposes. 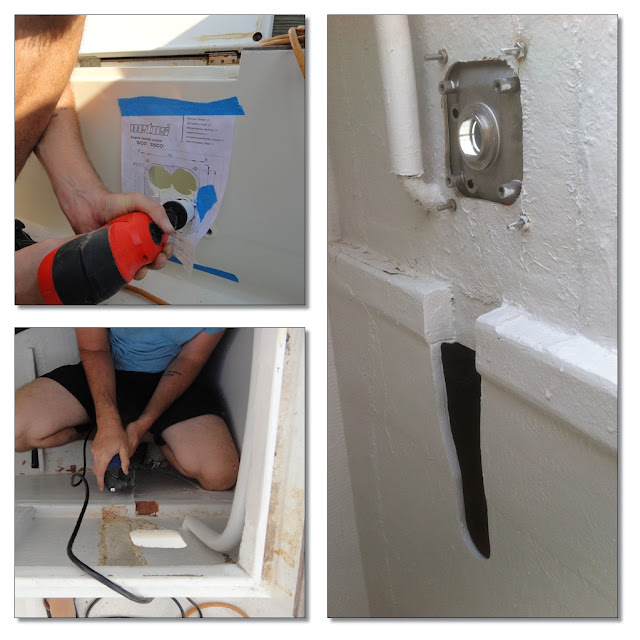 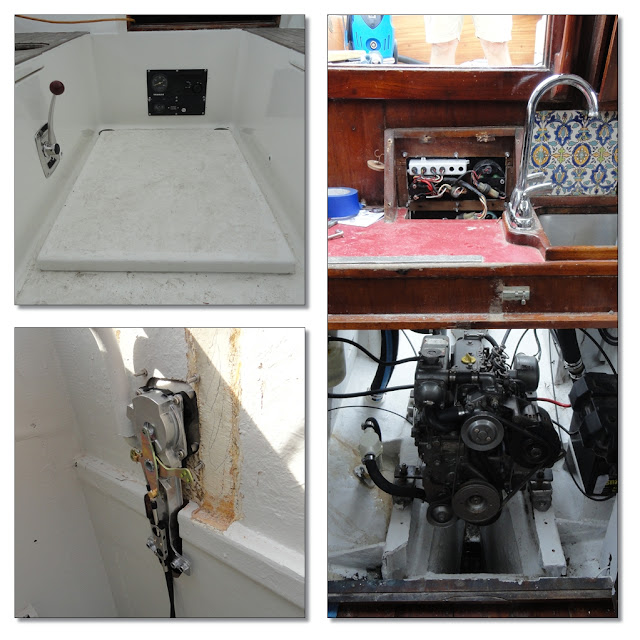 It took a while to finally figure out how to mount the fuel tank.  I had removed the old rusting steel fuel tanks months ago in preparation for this tank, but have been unsuccessful at devising a mounting solution I felt comfortable with.  I wanted to do it without drilling through the deck, but I couldn't devise a way to mount it and feel confident without hanging it from through-bolts to the deck, so I sucked it up, picked an area near the toe rails so you wouldn't notice the bolts and so it wouldn't have any core material (the deck becomes solid fiberglass near the edges), and drilled.  The fuel tank is now SOLID in situ and fully plumbed, including the deck fill.  It has 1/4" rubber pads at all contact points, nylon straps holding it hard against those points, and stainless straps supporting the weight (over 200 pounds full!) to the deck, both the nylon and the stainless straps are separately adjustable in tension with nuts on 1/4" threaded rod.  It sits nicely up under the deck to the point that it is barely visible or noticeable inside the huge cockpit lockers.  The other side is a mirror of this one, so anytime I want to include another tank on the other side, I know what I need and how to do it. 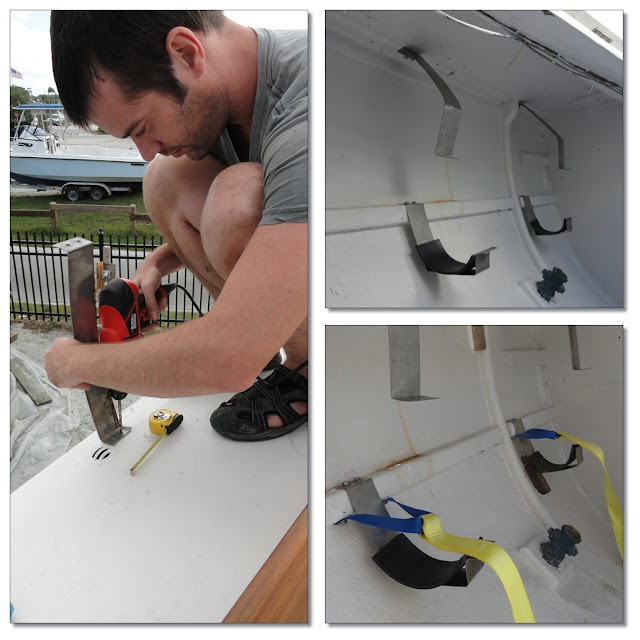 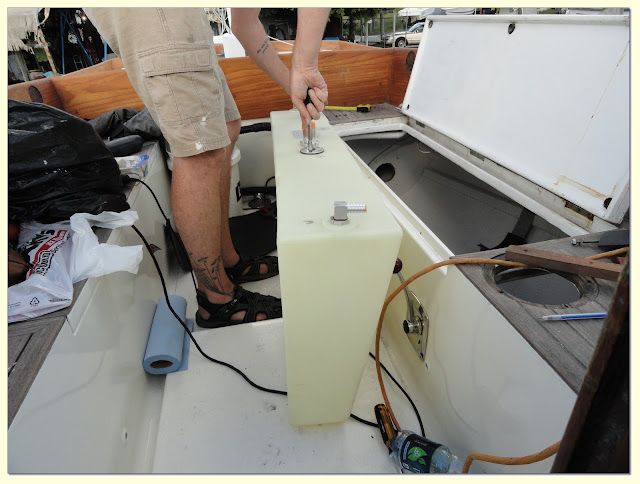 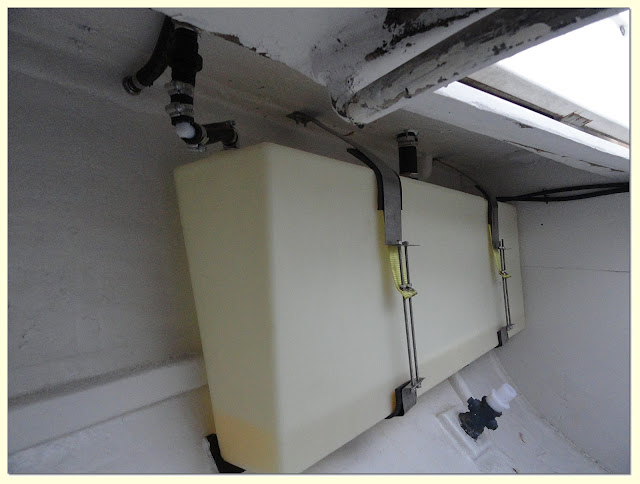 The engine is fully plumbed and wired with safety clips on everything, and anti-abrasion pads where needed. 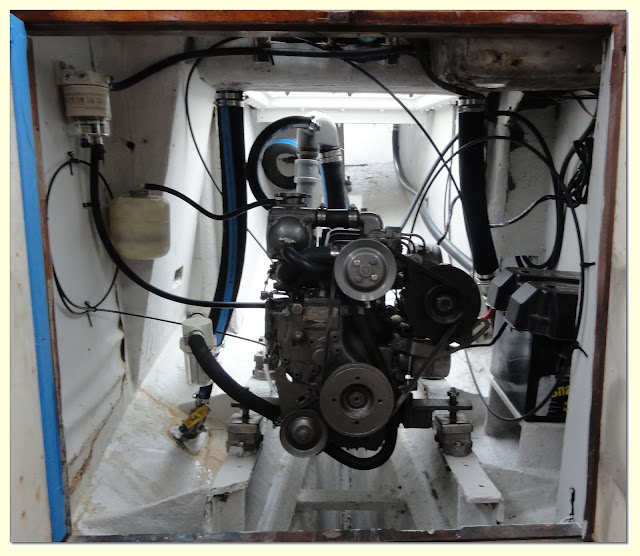 We test ran it last Sunday. We had the water intake run to a bucket, and it sucked about 4 gallons out of the 5 gallon bucket on the first run.  It runs perfectly!
We video taped the first test run, if it doesn't show up below it's on our Facebook wall.