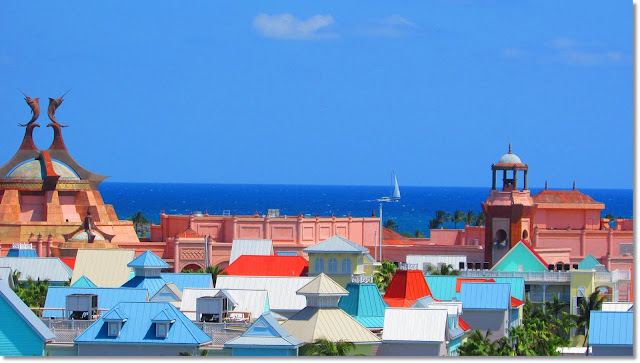 The primary anchorage in Nassau harbor lies between the east side of the cruiseship docks and the west side of the cargo docks at the base of the bridge.  The depth is around 10' for much of the anchorage but falls off sharply to 25' on the north side and there is a lump in the middle that is 6' deep or less that should be avoided by deep draft boats.  Holding is good, but being a 200+ year old busy harbor, there is some debris on the bottom.  Also, the tidal current direction alternates between east and west, moving about at about 2-3 knots between tides, so your anchor will be resetting itself every 6 hours.  One morning, after a week at anchor we wrapped a pair of barnacle-covered blue jeans around the anchor and chain and started dragging, but with plenty of space to move re-anchoring was easy.   Bay Street Marina maintains a dinghy dock available to anchorage bums on the south side at east end of the anchorage right in front of the Green Parrot. 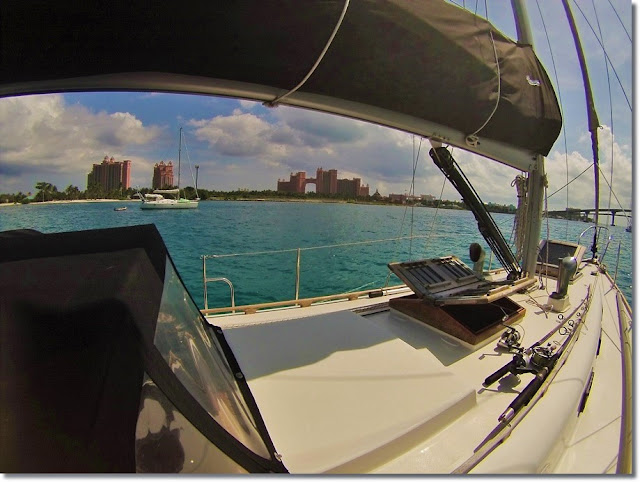 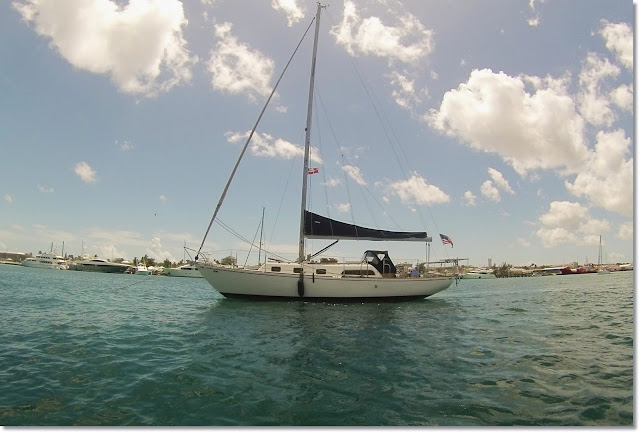 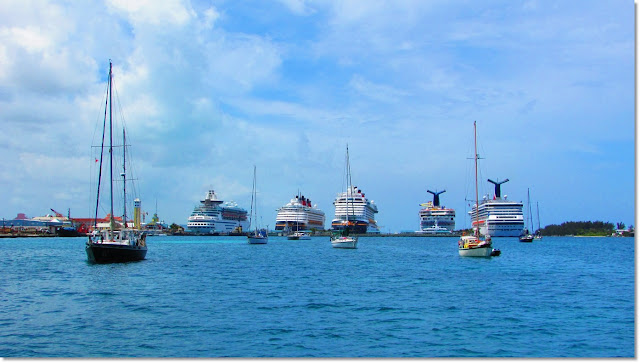 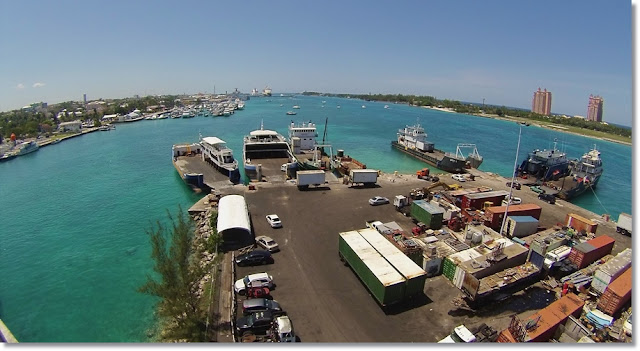 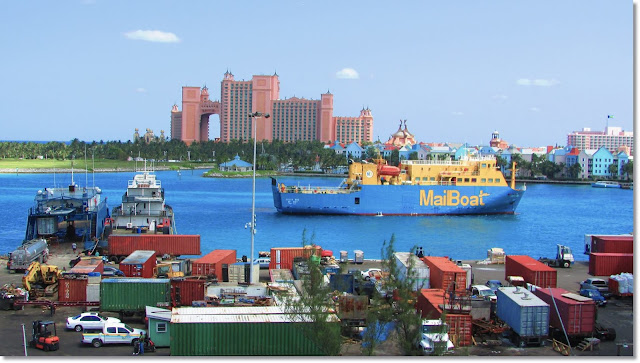 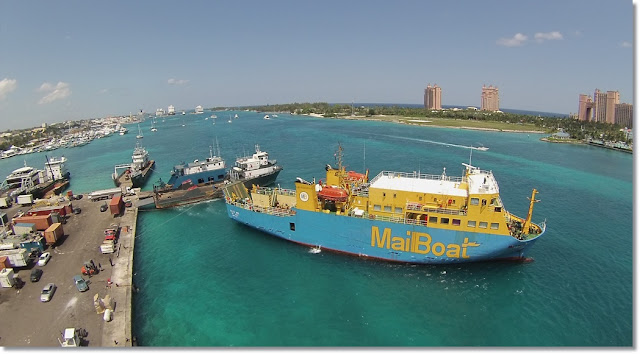 Beach soccer at the base of the bridge. 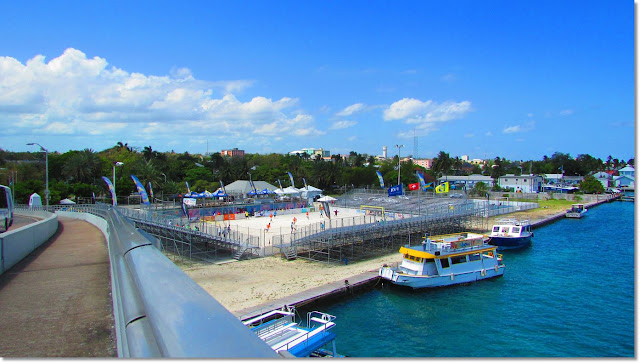 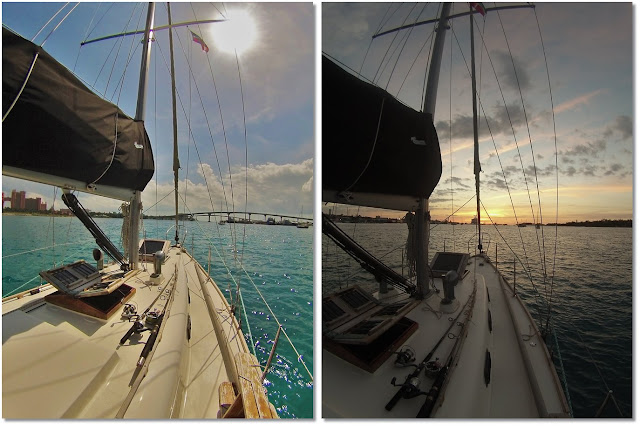 The Green Parrot has excellent food, plenty of open air seating and fast Wifi.  However it is pricey - well averagely priced for the Bahamas, $15+ a plate, $8+ appetizers. 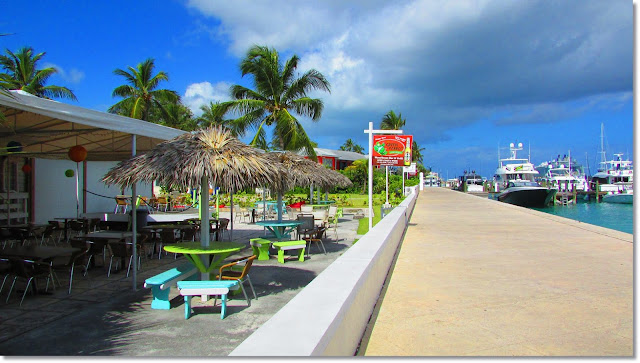 If you are anchored in the harbor and would like to find cheaper local fare, you don't have to go much further.  There are two local restaurants a couple blocks from the Parrot with sub $10 menus.
Just take a right (go west) out of the Green Parrot and walk a couple blocks.  Native Breeze and Rachael's Takeaway will be on the left.  Both have excellent food as well. 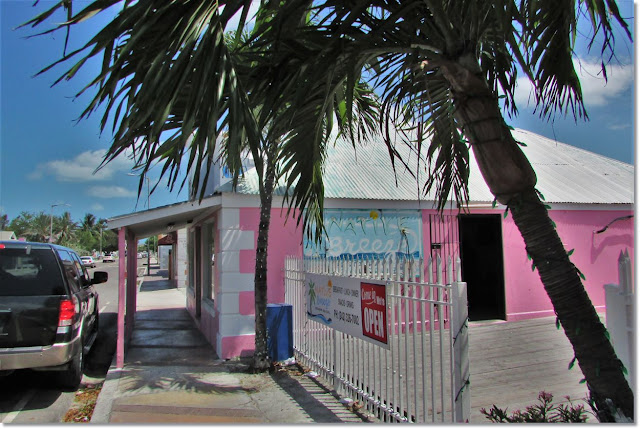 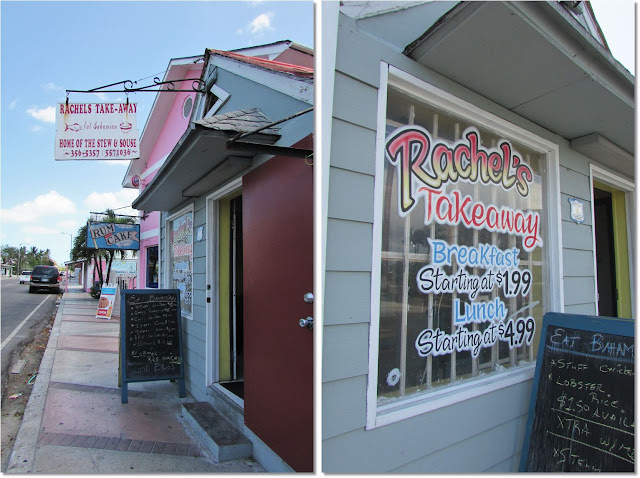 We spent a couple days at Nassau Yacht Haven to pick up water, groceries and do laundry before returning to the anchorage.  It is east side of the bridge and is "only" $2.15 per foot daily.