Walking around a new city is one of my favorite things to do. It's the best way to explore, find the unexpected, and meet new people. Plus it's free! Our dinghy dock is about a mile from downtown/West Bay street.   Between the dock and downtown is a mile stretch of colorful empty buildings for sale or lease. 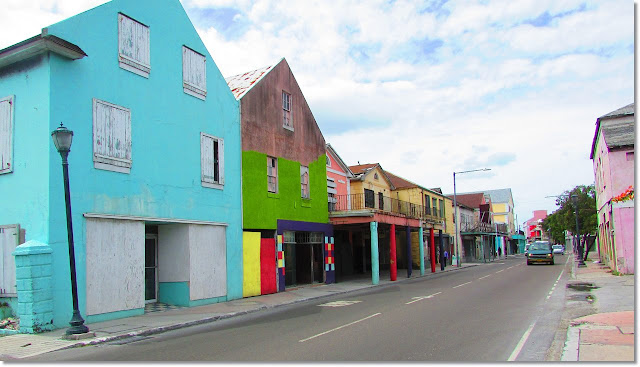 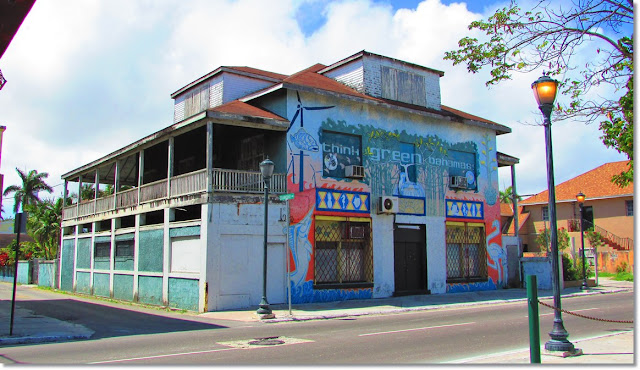 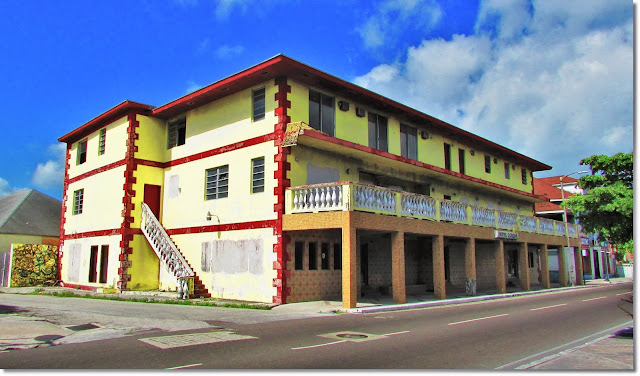 West Bay street is where Nassau caters to tourists with restaurants, souvenir shops, beach shops, and luxury retailers.  Nassau hosts up to five cruise-ships at once, which means a few thousand people are dumped on West Bay street daily. 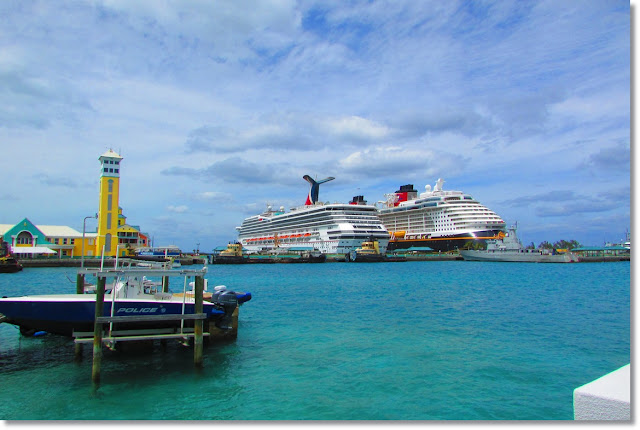 It doesn't take long to notice that business hours are linked to when cruise ships are in port.  On the rare occasion that all ships have left the harbor before regular closing time, you will suddenly find yourself in a ghost town. 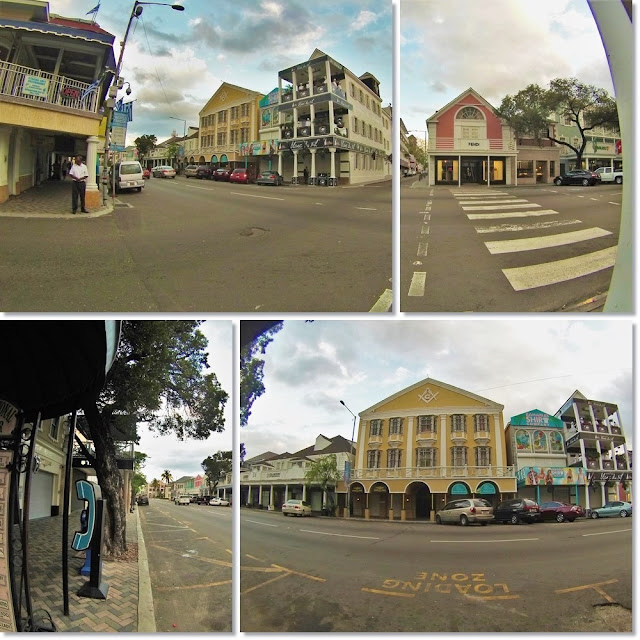 The Straw Market is a large open air market where locals sell touristy goods.  Some are locally hand made (wood carvings, seashell jewelry/decor) and other goods are from China (hats, clothes etc..). Here you can haggle over prices. 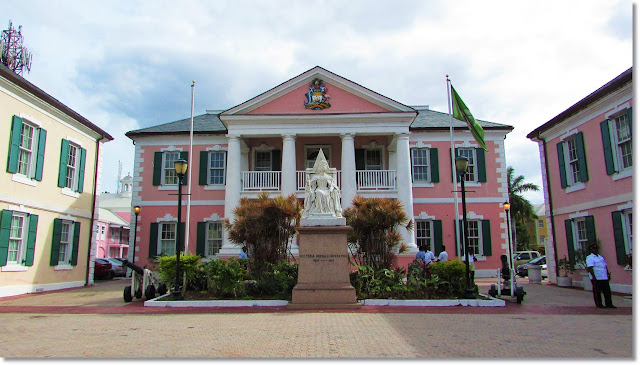 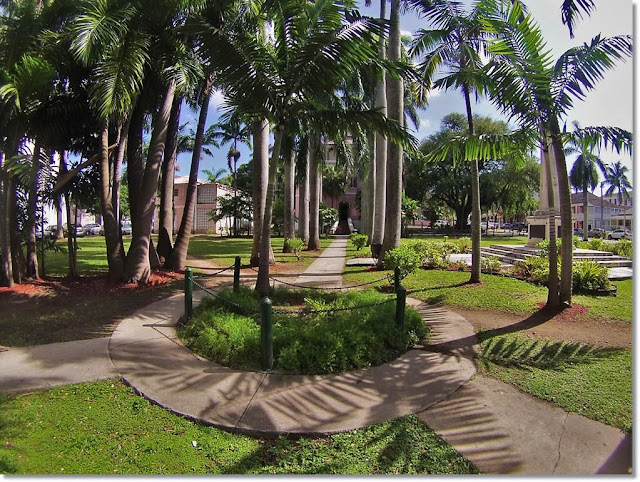 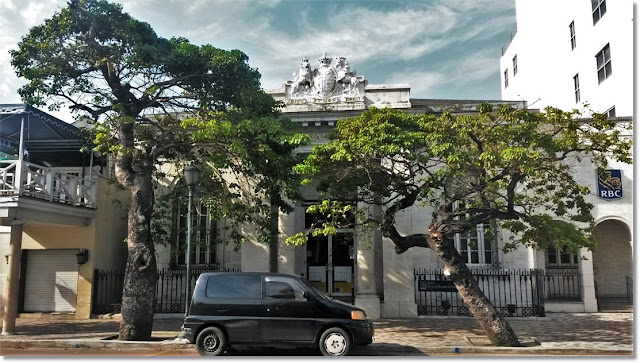 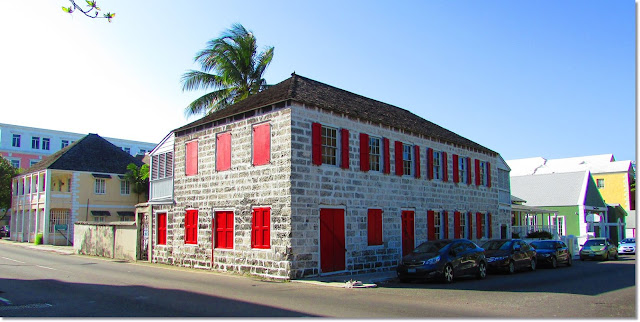 There are many historical churches in Nassau.  Mostly, their grand facades face narrow heavily trafficked streets, so I didn't get pictures of most of them. Nassau closes for Easter. Not just Easter Sunday, but for a full four day weekend.  Easter trumps cruise ships.  It's a paid holiday. 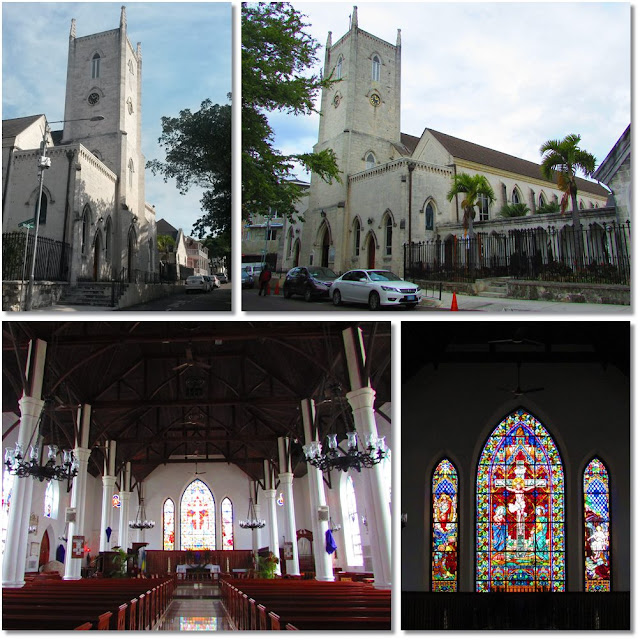 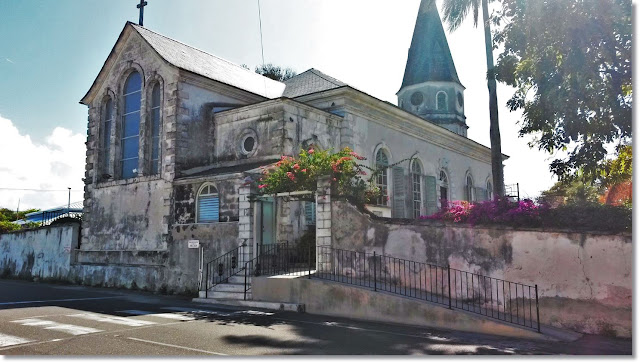 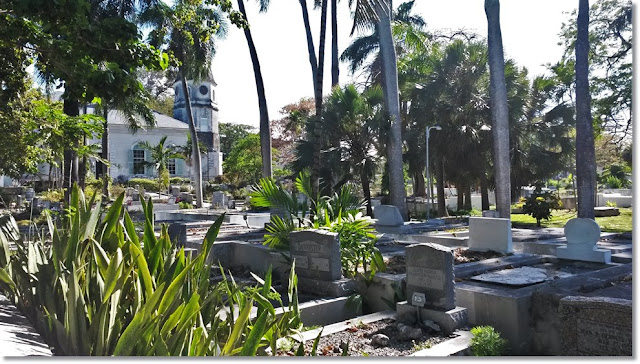 Do not put your feet on this wall. Please. 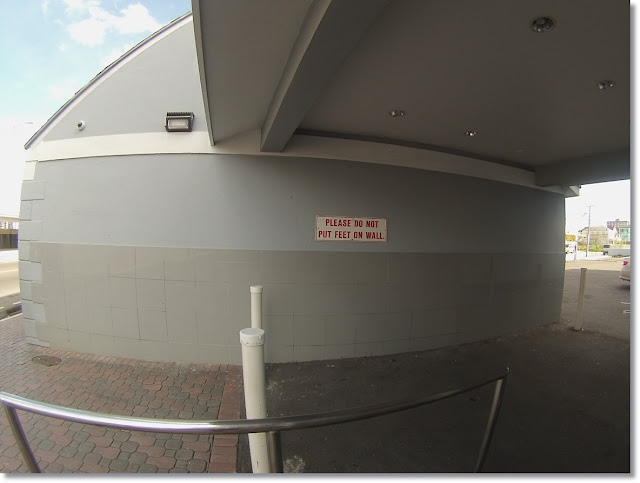 If you have the inkling or the time to venture out into Nassau, take a Jitney - the local buses. Naturally, they return to where you boarded, so pick a bus, any bus, and take a tour for $1.25. There is no bus route map, but the streets each bus travels are listed on the front of the bus.  If there are specific places you need to go just ask anyone, but you probably won't have to because Bahamians are quick to offer assistance. Every time we waited at a bus stop a local asked us where we were going and told us which bus to take and where to find what. The drivers are also very friendly and helpful. There are a few designated bus stops (rarely marked), but the driver will let you off anywhere on his route, and will pick you up just about anywhere on his route if you hail him.


If the bus won't do and you need a taxi, they are everywhere and will hail you via a honk and a wave. If that doesn't happen, just stand on a sidewalk with your arm out and one will find you shortly. However, each taxi is independent. There is no meter or set rates so it's best to settle on a price before getting in. On our walks we were hailed by multiple taxis, but waved them on because you can't smell roses (or take pictures) from a moving taxi. 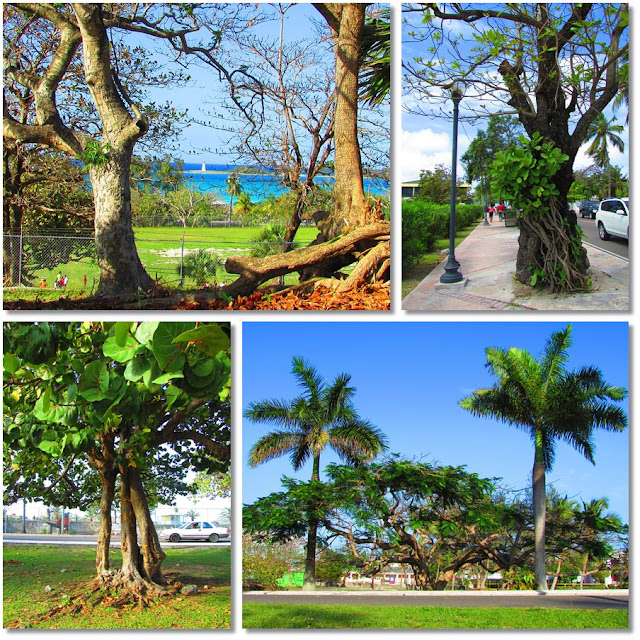 The Fish Fry is a line of local seafood restaurants/bars on the waterfront just down from Junkanoo Beach.  While the dinner prices are about the same as downtown, they do have more drink specials, dinner deals, and $4 appetizers.  You can easily make a meal out of the appetizers. Conch fritters are $4 here, but $8+ everywhere else. 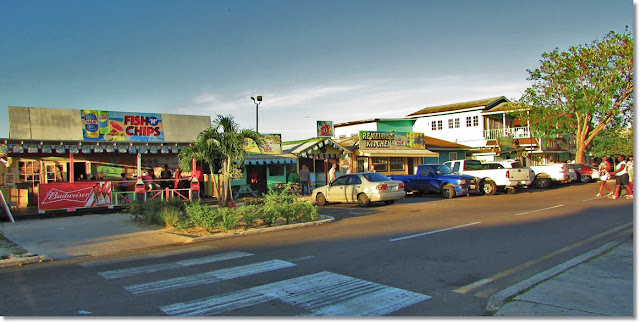 There are three forts in Nassau: Fort Montague, Fort Charlotte, and Fort Fincastle, but we only managed to visit Fort Fincastle during operating hours.  To reach the fort you pass through a canyon that was chiseled by hand without even a pickaxe, and then ascend the Queen's staircase. Queen Victoria freed the slaves in the Bahamas and across the British empire in the very first year of her 65 year reign.  The staircase was built in her honor, with one step for each year that she reigned. 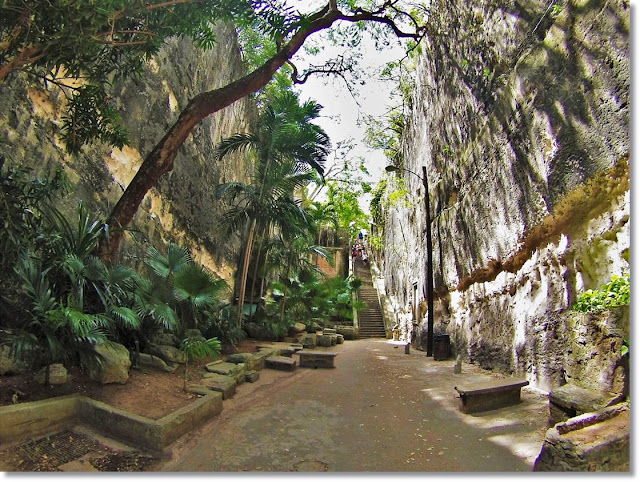 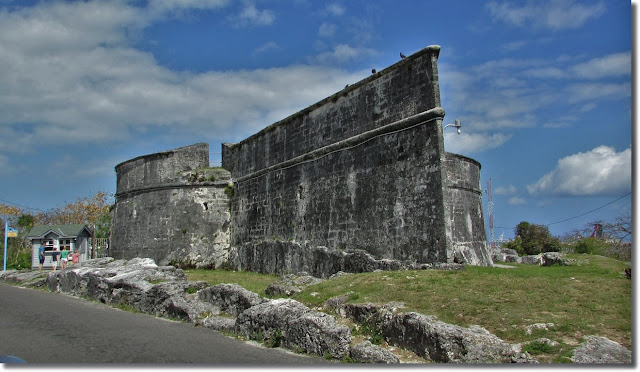