The Pirates of Nassau

The Age of Piracy kicked off in Nassau in 1696. By 1706 Britain had lost control of Nassau entirely. Nassau became an independent Pirate Republic of sorts until Britain sent governor Woodes Rogers to regain control in 1718. This 11 year 'republic' of pirates was dominated by bitter rivals, Benjamn Hornigold and Henry Jennings. Hornigold was mentor to Blackbeard (Edward Teach), and Jennings mentored my favorite pirate trio: Jack Rackam, Anne Bonny and Mary Reid. Little or Nothing is left standing from that era, so when I stumbled upon a pirate museum in downtown Nassau I couldn't resist. 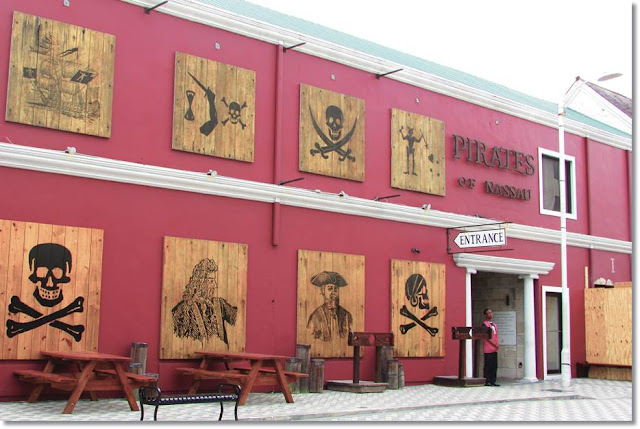 The images on the outside of the museum are portraits of famous pirates and their flags. They didn't all fly a skull and crossbones, many of them had their own personalized pirate flags. However, for the sake of anonymity and safety, pirate flags were rarely raised until they were about to engaged in battle. 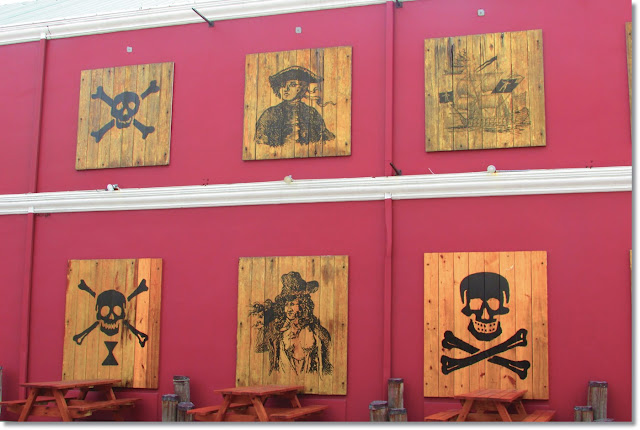 Inside the museum you board a reconstructed pirate ship while an audio recording explains the conditions of life aboard an 18th century ship. 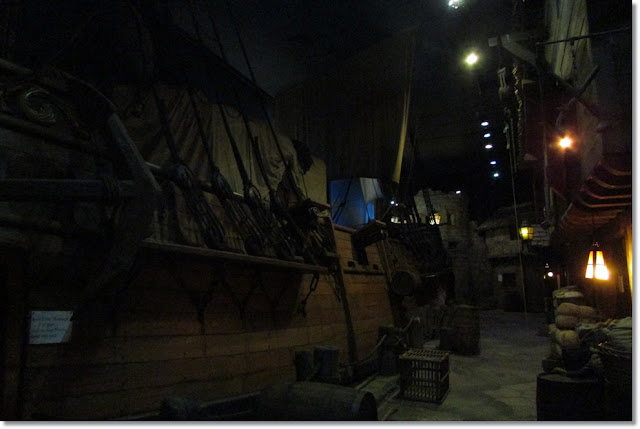 After the ship you enter galleries of artifacts and information that separate fact from folk lore. For instance, there are no pirate treasure maps. Pirates spent their spoils on merriment. The ability to purchase leisure was largely the point of being a pirate after all. However it is true that pirates kept parrots as pets.

The vast majority of pirates were young seamen who were either forced into or chose piracy when their ship was captured, or were made redundant by the navy and saw piracy as an easy option. An ordinary seaman in the Navy was poorly paid and endured harsh discipline and savage punishments. Life on a merchant ship was equally bleak. Piracy offered the prospect of rum, riches, women, and the warm seas of the Caribbean.

“In honest service there is thin Commons, low wages, and hard labor, in this plenty of satiety, pleasure and ease, liberty and power, and who would not balance creditor on this side, when all the hazard that is run for it, at worst, is only a sour look or two at choking. No, a merry life and short one shall by my motto.” - Bartholemew Roberts 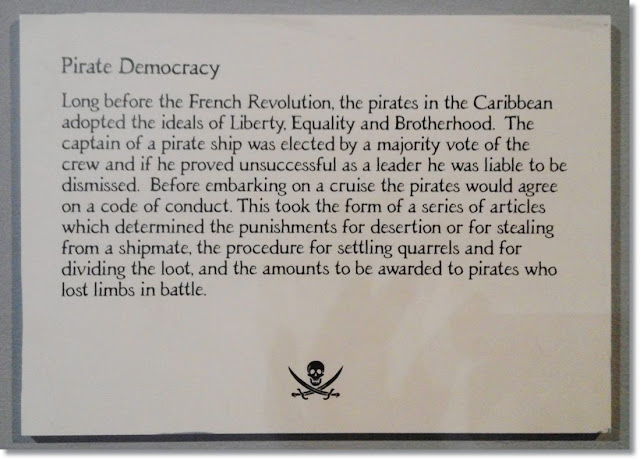 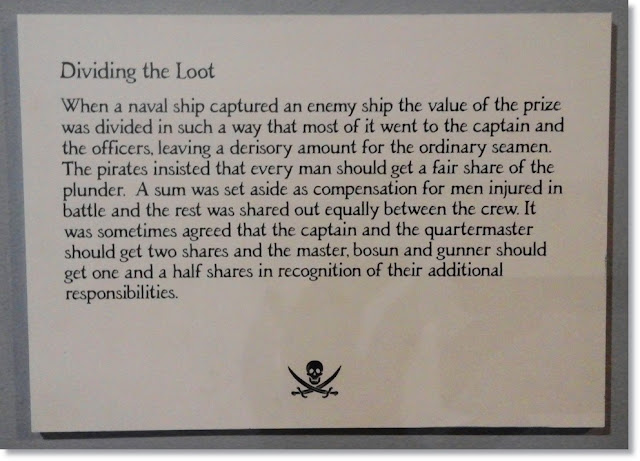 The Pirate's Code of Conduct
Pirate ships adopted a series of articles governing the conduct and behavior of the crew. To break the pirate articles was a serious offense. Pirate crews had to be disciplined in order to survive, sail, and navigate a ship.  These are the articles of Captain John Phillips and his crew.

Articles on board pirate ship Revenge, 1723

Flag of Jack Rackam (Calico Jack)
Posted by Sarah Lea at 8:00 AM